Forever 1968: The Social and Political Forces Unleashed in That Year Are Acting On Us Still 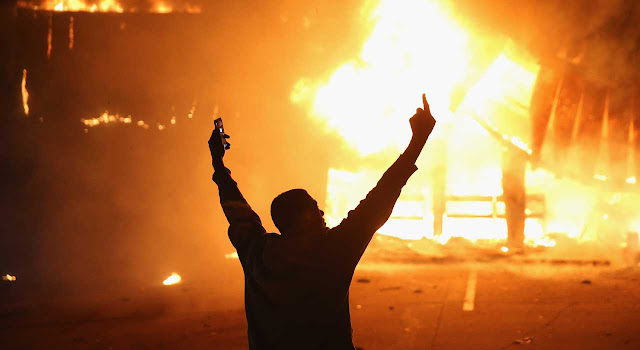 
My two literate and thoughtful sons complain that I’m always invoking the sixties to explain today’s pathologies. I hope they now see that events have caught up with the argument. The headlines in the New York Times on the morning after the first evening of the GOP convention exclaimed, IN TRUMP’S VOICE, IT’S A NEW NEW NIXON. The “News Analysis” piece quoted Donald Trump’s campaign manager Paul Manafort explaining that Nixon’s 1968 acceptance speech “is pretty much on line [sic] with a lot of the issues that are going on today.” Imitating Nixon, Trump has billed himself as “the law and order candidate” who represents “the silent majority.” But Monday night’s WWF-style introduction of the candidate had a campiness that would have made Nixon cringe.
The Times gets part of the story right, but misses the context for Trump’s rise. Trump has feasted politically on President Obama’s inanities and inhibitions in the wake of terror attacks and police assassinations. There is another continuity between the current moment and the never-ending sixties: the revival of Black Pantherism in the form of the Black Lives Matter movement and the writings ofTa-Nehisi Coates, the new Eldridge Cleaver.
The sixties are sometimes associated with the idea of participatory democracy, but that concept was buried under the weight of Great Society bureaucracies. One feature of the sixties has endured: the glorification of violence, initially legitimized through the writings of Frantz Fanon, who wrote about the French wars against the Arabs in Algeria. In his incendiary preface to Fanon’s Wretched of the Earth, Jean-Paul Sartre told the French that “they would do well to read Fanon; for he shows clearly that this irrepressible violence is neither sound and fury, nor the resurrection of savage instincts, nor even the effect of resentment: it is man re-creating himself.” Thus, Sartre explained in language that would thrill modern Leftists that “to shoot down a European is to kill two birds with one stone, to destroy an oppressor and the man he oppresses at the same time.” And yet, all will be well because “violence, like Achilles’ lance, can heal the wounds that it has inflicted.”
Violence incarnate was glamorized by the dashing, handsome, leather-clad Black Panthers and their gorgeous consorts. The Panthers colonized the minds of the New Left—particularly Students for a Democratic Society and its offshoot, the Weathermen—which longed to win their approval. Liberals were caught up in Panthermania, too. John Hersey, celebrated forerunner of the new journalism, wrote a memoir about his time as master of Yale’s Pierson College. This was around the same time that Black Panthers tortured and then murdered Alex Rackley, a 19-year-old member, whom they mistakenly thought was a spy. InLetter to the Alumni, Hersey fawned over the insights and integrity of the radical students who closed the college down on behalf of the supposedly innocent Panthers. But he can’t bring himself even to mention Rackley.
In 2015, an admiring documentary on the Black Panthers premiered at the Sundance Film Festival. It was given big-city distribution and aired on PBS. While the film had little to say about the organization’s gangsterism, it was released just in time for the current revival of “off the pigs” rhetoric.
One of the great animating hysterias of the sixties was that there was a systematic attempt by the police and the FBI to exterminate the Panthers before they could create a Viet Cong-like insurgency in America. A credulous “mainstream media” reported on the supposed assassinations of 28 Panthers by cops. The delirium was deflated by Edward Jay Epstein in The New Yorker. He showed that most of the Panthers had been killed while armed or in shootouts. Four of the deaths involved questionable police conduct. Most notably, the death of Fred Hampton in an unnecessary raid in Chicago raised numerous red flags. The comparable contemporary hysteria involves the death of the thuggish Michael Brown in Ferguson, Missouri. The “Hands Up, Don’t Shoot” narrative has been debunked, but Al Sharpton and Black Lives Matter continue to insist that Brown was executed by a Ferguson cop.
Transparent efforts persist to keep the fever burning. As Powerline notes, a “study” in the Minneapolis Star Tribune found that “implied bias occurs when police target high crime areas.” What’s that? Take also Tavis Smiley’s “defense” of Baton Rouge copkiller Gavin Long, published this week in USA Today: “How many more disaffected black men have to self-radicalize before we take their claims seriously?” Unfortunately, neither presidential candidate seems likely to rescue the country from the frightening vortex produced by the 1960s.
Posted by Pastorius at 6:59:00 pm