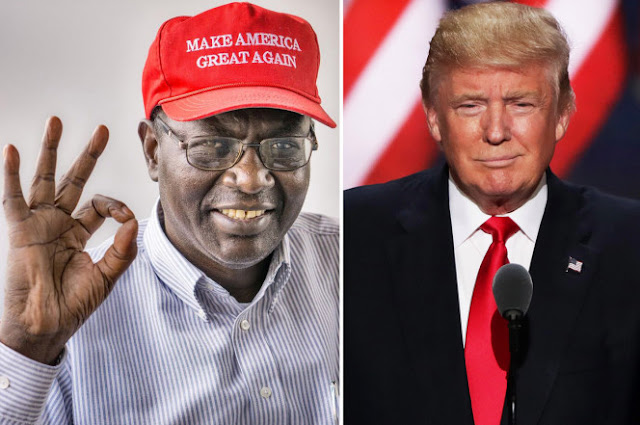 “I like Donald Trump because he speaks from the heart,” Malik Obama told The Post from his home in the rural village of Kogelo.

“Make America Great Again is a great slogan. I would like to meet him.”

Obama, 58, a longtime Democrat, said his “deep disappointment” in his brother Barack’s administration has led him to recently switch allegiance to “the party of Lincoln.”

??? Really? I don't like this. Malik Obama is a MB member, and his brother supporter. What does this mean? Is this a way to taint DT even more, opening the door to suspect him as just another dhimmi clown, another player in the already crowded field of NWO useful idiots?

I don't know ... Anything with a Muslim name, and an Obama after the first, is no source of trust.

I posted the excerpt mostly for laughs.

Malik's major reason for disliking Hillary is what she did to Ghaddafy.

Malik also faults his brother for that.

That was the major thing. He also adds that the recent decision by Comey to NOT prosecute HIllary was a factor.

But to me, it sounds like it was all about Ghaddafy.

Your point is well-taken. I don't put ANY stock in what Malik says.

He is not on our side.

Who the fuck cares what a barefoot illiterate peasant thinks in a village (which most likely has neither hydro, sewage or water) in the African bush.