How To Wage War Against Everybody — And Feel Good About It 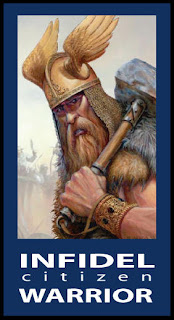 ACCORDING TO the Qur'an, a Muslim must continually and aggressively advance the cause of Allah. It is his duty, whether he likes it or not. And if he doesn't want to burn face down in the fires of hell forever with nothing to drink but boiling water, he had better accept his duty and fulfill it. (Read more about the amazing collection of instructions in the Qur'an.)

The only way a Muslim man can guarantee a place for himself in heaven (and avoid eternal torment in hell) is to die while fighting for Allah.

The Qur'an also says, "Allah does not love aggressors."

What a dilemma. What's the solution?

Muhammad himself provided the way, and every Muslim is duty-bound to follow Muhammad's example. Muhammad always relentlessly advanced Islam, pushed it forward, prodding and poking those who were not Muslims, criticizing their religions and arguing against their beliefs and practices.

When the kuffar (non-Muslims) responded aggressively to Muhammad's aggressiveness, he called it persecution. The way he saw it, Islam is the true voice of the Almighty, and resisting it is evil. When kuffar resist the relentless advance of Islam, they are "fighting against Islam" and "persecuting Muslims" and it is the duty of all Muslims to rise up in defense of Islam. 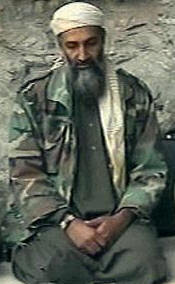 This is Muhammad's example, and Muslims around the world have been using it ever since. The method is very clever. Muslims can stay in continual war with kuffar and never appear (either to themselves or their enemies) to be the aggressors.

The reason Muhammad's historical example is important is that jihadists around the world are doing exactly the same thing, and many in the West are buying it and thinking of the West as the "aggressors." This point of view undermines the West's ability to defend itself from a non-stop Islamic advance.

So let's look carefully at how it works. Muhammad was pushy in Mecca (where he first started Islam). He harshly and publicly criticized the religions practiced by others. They resented this (of course) and criticized Muhammad's religion.

Muhammad kept aggressively insisting everyone needed to convert to Islam and give up their old religions. The more actively he insisted, the more actively they defended themselves. The hostilities escalated. Eventually, Muhammad left Mecca. He spoke of himself as "persecuted and exiled" by those who were unfaithful to the one true Allah.

To retaliate against those who had "persecuted" him (and to gain some wealth for his struggling cult) his men attacked caravans going to Mecca.

This was bad for business in Mecca. Their goods were being stolen before they arrived in Mecca, and their people were being killed. Eventually the Meccans sent out warriors to stop the Muslim raiders. This led to bigger and bigger battles as Muslims "defended Islam."

Do you even know islam, to even talk about it?You only see what you want to see. And what you see is all the stuff that the media has badmouthed about islam. Islam is like any other religion, which only want its followers to do good. Im islam and im not badmouthing other religions. Don't hate the religion, hate the person.When a christian person bombs something, no one hypes about it. but if a muslim bomv something than he is the baddest person on earth. For example,when sum1 kills sum1 we love, then we will kill them back. You guys kill islam people, then obviously, sum1 will seek revenge. Its the same for you. Don't look at what their religion is, look at the person.Jack the Ripper, those kids that shoot at schools, serial killers, rapist. But you only want to wrong those suicide bombers. they are wrong, but your american army goes to their country and kill their follow men, women and children. of course they would react. they are not a piece of wood that you foreigners can kill whenever you like. But the koran state that when people do bad to us, we should stay calm and let go. this is so that we can open their hearts into doing sumthing good. In islam, we are not allowed to force sum1 to convert into islam, it is all based on their free will. Women are considered equals to men. You only see news about those islam people who misunderstood what the koran is trying to say and use islam to make it seem alright. These people are lost and dont follow islam in the right way. Every religion has people who sway from their original objective. Of course, many people will make up the words in the koran to make it look bad. After reading what you wrote you obviously got it horribly wrong. You dont even know arabic, but trust the translation made by people who are full of bad intentions. their are many people who wants to badmouth islam. For your information, Muhammad does not allow anyone to force sum1 to convert into islam. everything must be out of free will. the Koran states that those who die in battle for the RIGHT cause are closest to ALLAH.Those who defended themselves from those who attack them.Like americans who will kill anyone who tried killing american people in foreign country. Eventhough, that american person killed several people in a village in a rundown country. But you people are too ignorant to care. When Muhammad started to spread islam, he did not humiliate other religion, he only speak of what they can gain if they convert to islam. At that time, that place was in a riot, so with islam, people can be more civilised at that time. You should really get information from a reliable resource. Not translations from sum1 who only know arabic a little and mostly depends on a dictionary. Dont get the translation from sum1 who already is prejudic towards islam. Or are you just too ignorant to even do that?