The Lights Are Going Out On Liberal Society

From Melanie Phillips (with thanks to Deb):

The lights are going out on liberal society – and it is the most liberal societies with their fingers on the `off' switch. The thesis of Mark Steyn's book America Alone, that Europe was succumbing to an Islamist takeover, has 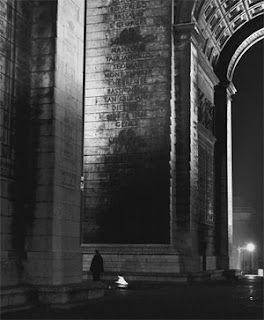 been proved spectacularly correct -- in Canada, and with himself as the designated victim. The New York Post reports that both Steyn and Macleans magazine, which reprinted a chapter of his book, are to be hauled before two Canadian judicial panels to answer the charge that they have spread `hatred and contempt' for Muslims.
And what was the heinous view Steyn vouchsafed to occasion such a charge? …the notion that Islamic culture is incompatible with Canada's liberalized, Western civilization.
Well excuse me, but some of us were under the impression that a global war was currently being waged by a section of the Islamic world in order to write the truth of that assertion in blood.
Posted by Pastorius at 4:29:00 am

I love the idea of driving around with a bumper sticker that says, "Deport Radical Islamists."