The End Of Arab Dominance 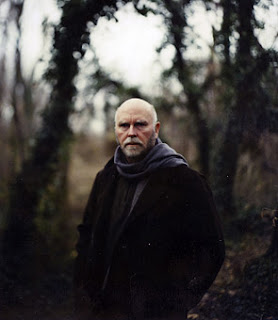 Auroroa over at The Midnight Sun has an interesting article up (from the Economist) entitled
"Engineering Arab Dominance" which postulates that there has never been a real threat of an energy shortage. Instead, manipulations in the energy market has been Machiavellian maneuverings aimed at maintaining Arab dominance in the world's energy markets:


Wake up call: It’s never been about an oil shortage but always about control of the world’s hottest commodity and the politics of that. For some years now, ‘experts’ have been predicting the decline of the oil supplies of the world. Frantic talk of ‘peak oil’ has pushed oil prices through the roof. In the 1970’s OPEC set off a global recession by driving oil prices past an amount equal to $100 a barrel in today’s terms.

As a response, Western countries feverishly developed technology to reduce their oil dependence. Subsequently, demand eased up and the oil companies were left with large amounts of excess oil.

To avoid a price crash OPEC slowed down production while big Western firms gladly supplied the increasing demand out of their smaller oil reserves. Now the smaller reserves of the West are running out and Western firms are forced to look at extremely expensive projects such as coaxing crude from under the icy oceans of the Arctic.

Meanwhile OPEC is fast heading for a monopoly. Oil prices have already tripled since the beginning of this decade to between $60 and $80 per barrel, and OPEC will probably opt to do all they can to keep supply low and prices ever higher.

Advocates of biofuel will scream for subsidies and sales of fuel efficient cars and hybrids will skyrocket. While our governments may rail at Saudi Arabia, Venezuela and Iran for their greed, OPEC is gaining the upper hand. Why would they stop now?


The answer is, they won't stop.

However, consider Arab civilization. It is distinctly lacking in education, literacy, and as a result, technological innovation of any kind. Truth is, oil will not always be the leading source of energy. Man is too restless and creative a creature to continue doing the same thing forever. Of course, restlessness and creativity are rewarded in Western countries, whereas they aren't in Arab countries. Hence, our dominance in the field of technological innovations.

Today, Craig Venter and his team of scientists announced that they had created the world's first entirely synthetic bacteria molecule:


WASHINGTON - It's another step in the quest to create artificial organisms: Scientists have synthesized the complete DNA of a type of bacteria. The experiment, published online Thursday by the journal Science, isn't a living germ, just its genetic structure.


Ok, so what's the big deal, Pastorius? Some egghead has created an artificial organism which is little more than gunk in the primordial soup of science.

Well, kind of. But, what is the goal of the Venter Institute?


... scientists from Maryland's J. Craig Venter Institute called it the largest manmade stretch of DNA to date, and therefore a logical step in the fledgling field of "synthetic biology" that aims to build new organisms that work differently than nature intended, such as producing new fuels.

The Venter group started with some off-the-shelf laboratory-made DNA fragments. They overlapped and joined these stretches to make ever-larger chunks of genetic material until they finally had a manmade copy of the entire genome of a small bacterium called Mycoplasma genitalium, a genital germ.

Last year, Venter's team performed a "genome transplant": Researchers transplanted all of the genes from one species of Mycoplasma into another, switching a goat germ into a cattle germ. Somehow, the transplant itself sparked the donor genes to start working; Venter uses a computer analogy to say it "booted up."

Now he must test if this new artificial Mycoplasma genome can boot up, too — by putting the DNA into a living cell to see if takes over and becomes a synthetic organism.

"I don't view that we're creating life," Venter told The Associated Press last year in describing this series of experiments. "I view that we're modifying life to come up with new life forms by designing and synthetically constructing chromosomes."


In a recent interview with New Scientist when asked "Assuming you can make synthetic bacteria, what will you do with them?", Venter replied

Over the next 20 years, synthetic genomics is going to become the standard for making anything. The chemical industry will depend on it. Hopefully, a large part of the energy industry will depend on it. We really need to find an alternative to taking carbon out of the ground, burning it, and putting it into the atmosphere. That is the single biggest contribution I could make.

Furthermore it suggests that one of the main purposes for creating synthetic bacteria would be to reduce the dependence on fossil fuels.[


And, with that, we'll be able to say, goodbye to Arab dominance in the energy sector and with that we will be able to stop worrying about Islamic civilization.

What will the Muslims of the world do when Allah lets them down like that?
Posted by Pastorius at 11:20:00 pm

Biology is just one of the contributing fields. Chemistry, material science and engineering are causing processes that were uneconomical before to become feasible. And all these fields are expanding rapidly in their scope and the power they give us to innovate.

The Saudi, Iranian, Russian and Venezuelan supplies are not inexhaustible and the money they use to destabilize and terrorize others is so inefficiently spent that they get little return on their investment in chaos. They also have become so dependent on the oil wealth to make up for their poor governance that they are becoming more vulnerable to price changes.

The really sad thing is we have enough oil in Colorado and Alaska and off our coasts that we could end their effect on our foreign policy within just a few years.

But, of course, we won't do it because of all the fucking environmentalists.