Obama and the future of space exploration: NOT 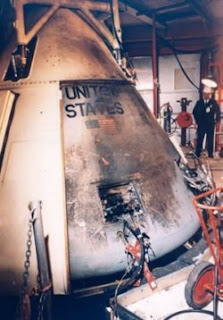 During my lifetime, I have watched the pursuit of space grow. As a child, I watched in awe as a man walked on the moon. The trials and tribulations of the explorer program and "robots" on mars.

I have one more endeavor I would like to experience, a man/woman on mars. But, if Obama becomes president, that may not happen, since he plans on essentially destroying the space program. Will it be back up to speed in time for me to experience Mars?

Here is the final paragraph of a post that explains it all.

So there it is. The Global Social Worker aims to shift funds from space exploration to federal pre-schools. Or is it to an alternative fuel? Hard to figure.

All this suggests the most poignant irony of this entire campaign season.

Barack Obama, the candidate who has often been portrayed by some in the media as Kennedyesque, would leave the space exploration legacy of JFK sitting idle on the beach. Watching the boats burn.

Barrack Obama, the candidate who keep us firmly grounded on Earth, but not in a good way.

Obama is so free of gravitas that the slightest wind would blow him away. He is so much like a cardboard cutout figure that I am surprised every time to see him move.