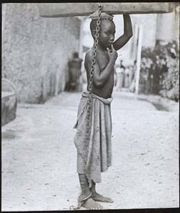 The islamic Taureg tribes are revolting in Niger through terror, attacks on civilians and are engaged with theft of uranium.
The 'Political Correct' Human Rights Orgs are quick to condemn Niger in it's response to terror, the Human Rights Orgs are notorious for endorsing the Sharia law by respecting the Cairo convention on Human Rights which puts the sharia jurisprudence above the universal charter of Human Rights.
It does not take much imagination as to where uranium could end up on the black market from an islamic tribe, though the possibility to make a Nuclear bomb is remote there is a very serious possibility in fabricating a dirty bomb, the Tuareg tribes have got trading routes throughout a number of North and Central African countries such as Sudan, Egypt, Morrocco and Libya.

NIAMEY (Reuters) - Niger has toughened its anti-terrorism legislation to help its security forces fight a rebellion by Tuareg fighters in the country's uranium-producing north, officials said on Sunday.

A law passed by the West African country's parliament on Saturday penalises the manufacture or possession of explosive devices, hostage-taking, attacks on transport and unlawful possession of radioactive materials. 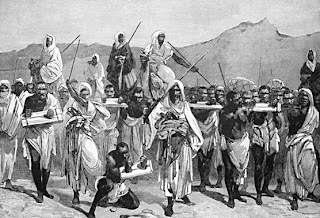 The rebel Tuareg-led Niger Justice Movement (MNJ) has been fighting a guerrilla campaign for more than a year against the central government to press for more autonomy and a greater share of the wealth of the uranium-rich northern region.

"The integration of this anti-terrorism law into our judicial structure equips our authorities to fight both effectively and legally this scourge that spares no country," Justice Minister Dagra Mamadou told parliament.

Niger, a landlocked former French colony, is one of the world's top producers of uranium, which is used to fuel nuclear reactors and can also serve to manufacture nuclear weapons.

International human rights groups have accused Niger's security forces of committing abuses, including extra-judicial killings, in their fight to quell the Tuareg rebellion. 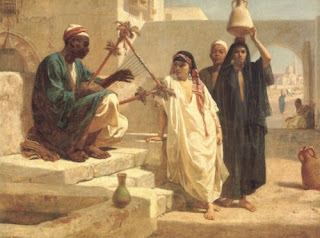 Earlier this month, a report by London-based Amnesty International said Niger's army shot dead, tortured and abducted several civilians in recent weeks in a wave of retaliation for attacks by rebels.

MNJ fighters have killed at least 70 soldiers, taken dozens more hostage and ambushed convoys and mined roads in the deserts of the northern Agadez region. They have also raided at least one mining camp.

The new legislation also punishes financing and recruitment for terrorism and gives security forces tougher powers, for example by increasing the period of time that police and military can hold suspects.

Niger's government, which dismisses the MNJ fighters as smugglers and bandits and refuses to recognise their demands as legitimate, denied the report.

Fiercely proud of their independence from outsiders, the nomadic Tuaregs staged revolts in Mali in the 1960s and 1990s and in Niger in the 1990s for more autonomy from black African-dominated governments in far-away capitals.

Peace agreements after the 1990s rebellions aimed to grant Tuareg communities a greater degree of autonomy, but discontent has persisted and revolts have flared again in both countries.

Although the insurgents in Niger and Mali have not declared any formal links, security officials suspect they may be co-operating with each other at least informally.

We need to abandon political correctness and multiculturalism. We need to have the guts to stand up to evil like this. Sharia by its very nature can never be compatible with the rights of men. It is incompatible by its very nature. You either reject human rights or you reject Sharia. Sharia supports institutionalize religious discrimination, killing homosexuals and wife beating. It is also impossible to enforce without a totalitarian state. In fact Sharia enables totalitarianism by forbidding people to criticize it. To paraphrase Robert Spence of Jihad Watch, "Any Culture that respects individual rights and freedom of conscious is by nature superior to any that does not."

follow up on the Niger sitation by going on http://www.niger1.com
our email is niger1.com@gmail.com

Thanks for the giving us the address.
Its a good site.