For some Muslim fathers who have been ‘dishonored’ by their daughters, suffocation and dismemberment is not enough. The family itself must get involved – by spitting on the body.

Heard this on Fox New and found it at the Daily Mail.

An Iraqi teenage girl was brutally murdered by her father in an "honour killing" after she fell in love with a British soldier in . 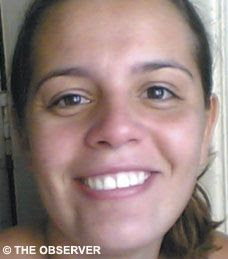 Seventeen-year-old Rand Abdel-Qader told her best friend how she had fallen for Paul, a 22-year-old she met at a charity where she worked as a volunteer.

When her father learned she had been seen speaking to a foreigner he rushed home and butchered her, strangling and stabbing her while screaming that he was "cleansing his honour".

Well, if "feminist" means anything like believing that women are human beings too, I suppose I can speak up. When animals like that poor girl's father are caught in Austria or Texas their sorry asses wind up in prison where they belong. What does it say about a "religion" or a "culture" when fathers are rewarded for murdering their daughters?

I hope this fucker dies a horrible death.