Helles, member of Fatah revolutionary council was released earlier in theday from Ashkelon prison in southern Israel and was escorted to the WestBank city of Ramallah.

Helles and 150 members of his clan escaped from Gaza to the West Bankthrough Israel after Hamas militias and its police attacked the clan'sneighborhood of Sheja'eya in eastern Gaza.

However, Israel arrested Helles and several people from his clan for questioning. He was under interrogation for several weeks in Israeli jail.

Hamas accused the family of hiding suspects involved in an explosion that targeted a Hamas car near Gaza beach at the end of July which five Hamas militants and a child were killed.

During Hamas militants' attack on the family and their houses, 13 Helles clan members were killed and 40 others wounded. The rest of the clan's men escaped to Gaza-Israel borders and asked Israel to help take them to the West Bank.

The Palestinian sources said that Israel agreed to free Helles upon a request made by Abbas during a meeting between Abbas and outgoing Israeli Prime Minister Ehud Olmert.

Ahmed Helles: Born in Gaza in 1952; studied Arabic Literature at Ein Shams University, Cairo, graduating with a Licentiate in 1976; was early an activist in the Fateh youth Ash-Shabiba; Fateh Sec.-Gen. in Gaza (counterpart to Marwan Barghouthi on the West Bank); served as Director of the Workers’ Committee at the College of Science and Technology in Khan Younis; member of the High Council for Refugee Camps set up in Dec. 1997 by Pres. Yasser Arafat; lost a son, Mohammed (17 years) during clashes with Israeli forces in Gaza in Feb. 2004; was closely involved in the inter-factional meetings in Gaza in 2004/05; member of the PLO Central Council, the Fatah Revolutionary Council and the Fatah Mobilization and Organization bureau.

Hamas: operation on Helles clan is over

Minister of interior in the deposed Hams-led government in Gaza Said Siam announced on Saturday that the security operation carried out against the pro-rival Fatah movement Helles clan in eastern Gaza city is over. Siam told a news conference held in Gaza at the end of Hamas security forces' security operation that Helles clan's members violated the law and his police detained several suspects.

Bush meets with Abbas and Suleiman today
President Bush is offering continued U.S. support for a democratic Lebanon when he meets with Lebanese President Michel Suleiman, a man seen as relatively friendly with Syria.

Rice confirms US support to Sleiman

Lebanon's two main rival political factions have met in Beirut to pave the way for a possible reconciliation. Lawmakers from the opposition Hezbollah movement Wednesday visited Saad Hariri, leader of the ruling March 14 coalition, at Hariri's home, the Qoreitem Palace. The head of the Hezbollah delegation, Mohammed Raad, told reporters it was a frank discussion. Raad said he expects a meeting "soon" between Hariri and Hezbollah leader Hassan Nasrallah 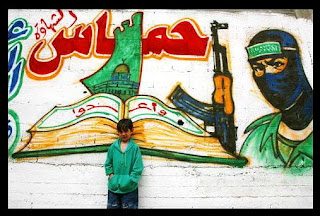 President Peres told the General Assembly that Israel is ready to negotiate full peace with the Palestinians to achieve two states living side-by-side in peace and security. "We tried to conclude those negotiations this year. It will take apparently a longer period of time. I believe it can be accomplished within the next year," he said.

He said his country is ready to explore a comprehensive compromise that could lead to peace with Syria as well, saying that Israel has suggested face-to-face meetings with President Bashar al-Assad, but has not yet received an answer.

Mr. Peres also reached out to Lebanon, suggesting immediate peace with that neighbor is possible.

If and when that happens, it would be the first time the two leaders will have met face-to-face since the start of Lebanon's political crisis in late 2006.

The two factions spent a year and a half locked in a bitter standoff that shut down the government and eventually exploded into violence in May. A power-sharing deal reached at talks in Qatar ended the fighting.

The talks allowed the election of consensus President Michel Suleiman, as well as the appointment of a Cabinet where Hezbollah and its allies hold enough seats to veto any government decision.

Hezbollah's Al-Manar television says the two sides are trying to reach political reconciliation by the end of Ramadan next week.

Meanwhile, parliament speaker Nabih Berri has called for a special session of the assembly to approve a new electoral law, which was a key part of the Doha accord.

That's an appropriate soundtrack for reading this article.