That is my prediction to the outcome.

Obama is un-electable, pure and simple. 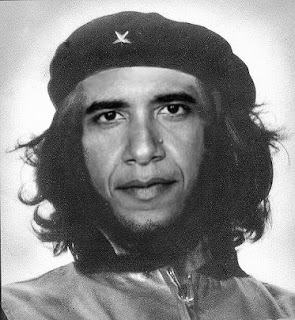 And here is why, regardless of what the mainstream media like NBC, CNN, CBS, NYT and the rest of the MSM wants you to believe Obama will lose the election.

One undeniable fact is that the Democrat majority US congress have got the lowest approval rating in history with only a 9% approval rating of congress which is led by virtually insane Nancy Pelosi and Harry Reid - Regarding the current financial 'crisis' involving Fannie Mae and Freddie Mac which has been blown up in the medias beyond proportion simply by drum beating a 'crisis' which they believe will benefit the Democrats and get Obama elected - Fact is that the two financial institutions has been led by Democrats, run by Democrats, created by Democrats and the entire fault and blame for the meltdown of the two mortgage companies which lended money to people who couldn't afford a mortgage Fannie and Freddie were also Democratic cash cows, Obama recieved more than a $100'000 down his pockets, the voter fraud organization ACORN which used Chicago mob style methods and bullying where Obama had been working as a community organizer recieved millions of tax payer money.

That the Democrats told that Jesus was a community organizer in a campaign battle cry repeated in the medias by the Obamamites was absurd enough, blaming the Republicans for the mess and outright theft of the tax payers money the democrats had endulged in is just as farfetched - Pelosi's insanity shined through by her own merit when she first shunned the Republicans by not inviting them and then attacked them for not being involved calling them 'un-patriotic' and attacked them for being the failure, yet the Democrats have got the majority and do not need the Republicans votes to pass a bill - Still they wanted the Republican vote to bailout Mae and Mac because they know full well how the whole affair stinks - They got none of the Republican votes and 94 Democrats opposed the 700bn bailout and yet again they blame the Republicans - The majority of the American people were and is OPPOSING and protesting the 700bn bailout, it simply goes against the instinct that more government is needed, which is unproductive by the way, a government can only 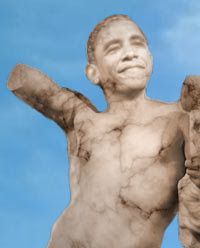 generate wealth from taxing people and by stealing profits.

To get an idea the Editorial of investor.com summs it up:

One of the sticking points in resolving the crisis was a poison pill in the Dodd/Paulson compromise that would move 20% of profits from the bailout into the Housing Trust Fund, a slush fund for political action groups such as ACORN (the Association of Community Organizations for Reform Now) and the National Council of La Raza.

Sen. Lindsey Graham told Greta Van Susteren of Fox News that Democrats had other priorities than just solving this crisis: “And this deal that’s on the table now is not a very good deal. Twenty percent of the money that should go to retire debt that will be created to solve this problem winds up in a housing organization called ACORN that is an absolute ill-run enterprise, and I can’t believe we would take money away from debt retirement to put it in a housing program that doesn’t work.”

Groups such as ACORN and La Raza lobby to secure government-funded services for their members and seek to move them to the voting booth. The housing bill President Bush signed in July contained a similar funding mechanism for the HTF — a tax on mortgages backed by Fannie Mae and Freddie Mac.

The rottenness of Fannie Mae and Freddie Mac shines through in Henry Lamb's essay Soviet-style collapse in America's future?

To meet its obligations under the U.N.'s Racial Discrimination Treaty, the Clinton administration instructed Fannie Mae to expand loans to low-income borrowers, according to Franklin D. Raines, Fannie Mae's chairman. Thus, the "sub-prime" market was born, and government guaranteed-loans were extended to millions of families who could not qualify for a mortgage in a free market economy, but easily qualified under the new socialist scheme.

In 2005, Republican senators saw the danger and tried to reform these institutions with the Federal Housing Enterprise Regulator Reform Act (S.190), but Democrats blocked the bill.

AIG, the international insurance giant, and other Wall Street and international financial institutions bought the bundles of mortgage securities that Fannie Mae and Freddie Mac offered. Everybody involved made a ton of money, and housing for low-income families expanded exponentially – just as the Treaty on Racial Discrimination and the proponents of sustainable development had predicted. With all the new loans being made, the home building industry flourished, the real estate industry flourished, all industries related to housing flourished – until the market became saturated. 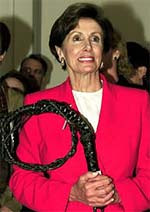 began to lay off workers. Energy prices began to rise. Paychecks fell short of family needs. Foreclosures skyrocketed. Suddenly, there was little or no value in the bundles of security Fannie Mae and Freddie Mac had packaged. Financial institutions found themselves in possession of massive "assets" that had no value. Creak, crumble, crash! The financial markets came tumbling down.

Socialism by stealthy deception, the whole attempt by the Democrats is to make the government control the financial market is to introduce something chillingly similar to Communism into America.
If that is not enough Democrats thrives on disaster, crisis, downfall and to top it up their battle cry for the Iraq war is for failure and for losing the war which is so bad that Reid and Pelosi were mentionned in an Al Qaeda statement:

....the new (American) Defense Minister “Gates” who said, “The American support to the Maliki government is not unlimited”, insinuating that the American administration is impatient with the Maliki government that is incapable of handling the strikes of the Mujahideen. This comes on the heels of an important statement by House Majority Leader Harry Reid who previously said, “The Iraqi war is hopeless and the situation in Iraq is same as it was in Vietnam.”

Then came Bush’s stupid statement where he emphasized that his strategic goal in Iraq is more than a military victory but also to prevent the Mujahideen from benefiting from the fruits of the Jihad to ultimately achieve victory.

Whose side are these people on? 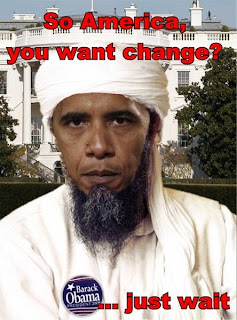 which is absurd when any strategist planning a war has got two possible outcomes, to win or to lose - Who makes a strategy for losing a war?
The Democratic party has become a Marxist nest of progressives and the change they envision is disastrous for America and the rest of us.

Melanie Phillips has got this to say in her essay subversives for Obama:

There are two American election campaigns currently running. The first, in the mainstream media, accepts Barack Obama at face value, no questions asked, while it viciously turns over Sarah Palin and her family whom it subjects to lies, smears and character assassination. The second, being conducted in the blogosphere and (with one or two notable exceptions such as the Wall Street Journal) not alluded to at all by the mainstream media, is the site of verbal warfare between Camp Obama and bloggers who are practising journalism as it used to be practised – going behind the propaganda to dig out information and asking questions about it. The blogosphere is not only rebutting the Palin lies but also piling up the most disturbing revelations about Obama’s background and associations -- compounded by the troubling manner in which Camp Obama responds to these discoveries.

Barack Obama appears to sit on a nexus between Marxist revolutionary activists, unrepentant former terrorists, Black Power racists, Chicago mobsters – oh, and a Saudi who is trying to buy up America. If you were to turn up at US immigration control with a background of such associates, it’s a fair bet they wouldn’t let you off the air-bridge. Yet this man may well become President of the US! If any other candidate had had merely a fleeting relationship with William Ayers, his candidacy would have been terminated before it was even articulated -- let alone what we now know about Obama’s key role in Ayers’s CAC and its funding of radical groups; let alone the fact that Obama had been mentored during his formative years by a Communist Party plant; let alone his work for organisations modelled on the seditious philosophy of Saul Alinsky; let alone his two-decade membership of a Black Power church; let alone his relationship with fraudster Tony Rezko.

And yet despite all of this, virtually no-one in the mainstream media is asking any questions. Has there ever been a more staggering, surreal and scary race to the White House?

Watching the American election is indeed hallucinating, there is so much more to it than meets 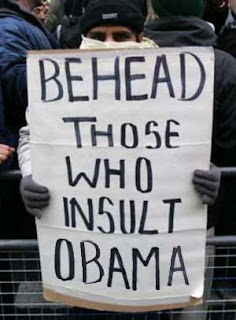 the eye, what is written here is just scraping the surface and just my humble observation not even being an American but a European, and despite all this, despite that Obama is a hollow suit and can't speak a coherent sentence without a tele-prompter incapable of forming a sentence in his mind and transfer it into coherent speech most of the time and stuttering with 'err', 'ahh,' 'ehh', I, eh, I's short-circuiting from lunatic leftist ideals and lies which frizzles the neurones preventing any rational thought to emerge, despite the messiah worship which turns off most people for the sheer phoniness and fraud it represents, despite being associated with fringe leftist Marxoid radicals and terrorists, called a muslim brother by Libya's Qadhafi, endorsed by the Hamas terrorist leader and favored by the Iranian president, despite holding his speech in Berlin by the Siegenssaule monument which was put into prominence by Adolf Hitler, last time there were such masses gathered at the monument could be anyones guess, despite the choice of Biden who is yet another chapter and can of worms and more...

Despite all those things if or rather when the Democrats loses the election they will not be shy of accusing Americans of racism for not electing Barack Hussein Obama because of their diversive racist and clichéed race policy and playing the race card - That is how absurd and totally removed from the reality, reason and rational thinking the liberals have become.

To liberals liberalims comes first - The rest be damned - Too them it's all about power and fuck the people, the country and the nation and what anyone else think of it.
Posted by Rolf Krake at 10:30:00 pm

I hope you're right. I was listening to Rush and Beck, today, and the difference between their takes on this crisis is starkly opposite. Rush, I think is right in this. NO DEAL~ none. nada. Zip. It is a socialist coup, plain and simple. We need a Loyal Opposition NOW!

*This $700 billion Treasury laundering facility solves this how?

*In reality, the Treasury laundering bailout scheme is the far worse choice geo-politically. When bond markets dislocate and foreign investment bails from buying our T-Bills due to the government consuming bad paper and defaulting on debt, we can’t call on private enterprise organizations to fight our wars or defend our shores.

If Obama was white, with the same serious credibility issues, and the same far left record, the democrats would have NOTHING TO DO WITH HIM.

Rolf,
Anonymous has it right. ACORN has to go.