The religious conservative Adhaalath Party has lodged a case at the Supreme Court against the re-election bid of President Maumoon Abdul Gayoom on the basis he is not a Sunni Muslim, a prerequisite for the presidency.
The case, received by the court on Wednesday, comes shortly after 44 religious scholars issued a fatwa against Gayoom, urging him to “repent and fear Allah”.
Both arguments centre on statements Gayoom has made on interpretations of Islam, such as that the death penalty and headscarves for women may be considered optional.
Gayoom, himself qualified to masters level in Shari’ah, came to power in 1978 promising a restoration of true Islam, but in recent years has faced mounting opposition from Islamic scholars.
Read more at Minivan News 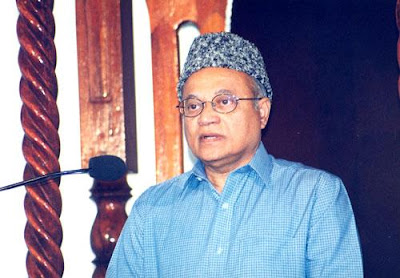 President’s Religion On Trial In Supreme Court
President Maumoon Abdul Gayoom’s membership of the Muslim faith was subjected to a Supreme Court hearing on Thursday, after the religious conservative Adhaalath Party challenged his bid for re-election on the basis he is “without doubt an infidel”.
A sheikh and lawyer representing the Adhaalath Party accused the president of denying concepts such as the second coming of Jesus, the ascension of the Qur’an and the awarding of blood money.They also contend the president has attempted to spread Christianity in the Maldives – a charge Gayoom’s party has frequently levelled at his opponents.

Oh yes, Maldives is such a "free" country.

I don't know what is more surprising for me: that being a Sunni Muslim is a prerequisite for the Presidency or that the Presidence of the Nation is giving a religious sermon...

And then all infidels go to Maldives because of the beaches!!!

Don't be surprised - Maldives is in the grip of Islam - Nothing makes sense.

Religion is the heroin of the Maldives' masses, as will be evident to anyone who has stayed a few days in our "Paradise" and as any recovering addict will tell you.