The Joys Of Sharia: Rum-Flavored Ice Cream Is A Human Rights Violation 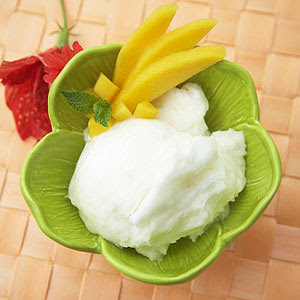 Is this the world we want to live in?

Hate preacher Abu Hamza claimed his human rights were breached because he was served rum ice cream in prison.

The hook-handed cleric, 50, said the sweet broke halal rules because it contained alcohol.

A source at top-security Belmarsh jail in Woolwich, South East London, said: “It’s utterly barmy and a massive over-reaction — most prisoners would see it as a treat

Other notorious terrorists in the jail — including dirty bomber Dhiren Barot, 35 — have joined the protest.


It is backed by a website linked to controversial lawyer Mudassar Arani.


The site said: “Muslims were provided with rum ice cream. This obviously contains alcohol and therefore could not possibly be deemed compatible with the Islamic faith.”


It also claimed that Muslims were given yoghurt containing traces of unsuitable products.

The site urged inmates to write to their MPs to complain their rights are being breached.

Well you do have to wonder why could'nt they of given him something more awsome like Haagen-Dzasz Caramel Cone. Oh right I forgot because the hate Mislam's so they can't have cool flavors, they have to take the leftover's.

And we wonder why the do "so" called "terrorism".

I totally agree with you, my freind.

We really should tell these guys to go pound sand.

I think we should force-feed them rum ice cream, until they start to watch chick flicks and cry.

They get Ice Cream in Prison?????? I know poor people who would kill to have ice cream, seriously,

and prisoners get it,of course this is London but I thought prison meals were supposed to be like baloney,

and maybe the last meal. LOL boy times are a changing, in weird ways.

[except they Still shackle women giving birth in prisons, like you know a woman in labor is so apt to run, and That is in the US...men get ice cream], they shackle in UK too last I heard--medieval practices for women still allowed, men get ice cream and then Muslims complain :0

women in labor get shackled like animals...damn already needing a drink and I don't even drink, LOL.