Biden says Obama is inexperienced and has poor judgement, then retracts his comments 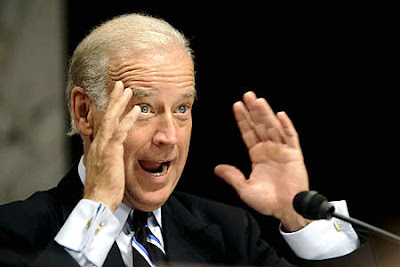 From Eye on the World:

Biden said an Obama campaign ad that mocked McCain as out-of-touch, out-of-date and computer illiterate was "terrible", and that if he had anything to do with it, the ad wouldn't have been produced.
Just 3 short hours later, Biden said that he had never seen the ad - the one he described as "terrible" - but after reviewing it he saw nothing particularly wrong with it, and that it's all McCain's fault anyway.
Posted by Pastorius at 4:27:00 pm