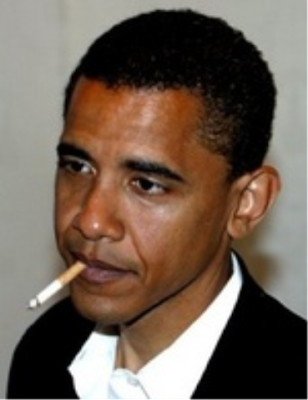 
Despite having authored two autobiographies, Barack Obama has never written about his most important executive experience. From 1995 to 1999, he led an education foundation called the Chicago Annenberg Challenge (CAC), and remained on the board until 2001. The group poured more than $100 million into the hands of community organizers and radical education activists.

The CAC was the brainchild of Bill Ayers, a founder of the Weather Underground in the 1960s. Among other feats, Mr. Ayers and his cohorts bombed the Pentagon, and he has never expressed regret for his actions. Barack Obama's first run for the Illinois State Senate was launched at a 1995 gathering at Mr. Ayers's home.

The Obama campaign has struggled to downplay that association. Last April, Sen. Obama dismissed Mr. Ayers as just "a guy who lives in my neighborhood," and "not somebody who I exchange ideas with on a regular basis." Yet documents in the CAC archives make clear that Mr. Ayers and Mr. Obama were partners in the CAC. Those archives are housed in the Richard J. Daley Library at the University of Illinois at Chicago and I've recently spent days looking through them.

The Chicago Annenberg Challenge was created ostensibly to improve Chicago's public schools. The funding came from a national education initiative by Ambassador Walter Annenberg. In early 1995, Mr. Obama was appointed the first chairman of the board, which handled fiscal matters. Mr. Ayers co-chaired the foundation's other key body, the "Collaborative," which shaped education policy.

The CAC's basic functioning has long been known, because its annual reports, evaluations and some board minutes were public. But the Daley archive contains additional board minutes, the Collaborative minutes, and documentation on the groups that CAC funded and rejected. The Daley archives show that Mr. Obama and Mr. Ayers worked as a team to advance the CAC agenda.

One unsettled question is how Mr. Obama, a former community organizer fresh out of law school, could vault to the top of a new foundation? In response to my questions, the Obama campaign issued a statement saying that Mr. Ayers had nothing to do with Obama's "recruitment" to the board. The statement says Deborah Leff and Patricia Albjerg Graham (presidents of other foundations) recruited him. Yet the archives show that, along with Ms. Leff and Ms. Graham, Mr. Ayers was one of a working group of five who assembled the initial board in 1994. Mr. Ayers founded CAC and was its guiding spirit. No one would have been appointed the CAC chairman without his approval.

The CAC's agenda flowed from Mr. Ayers's educational philosophy, which called for infusing students and their parents with a radical political commitment, and which downplayed achievement tests in favor of activism. In the mid-1960s, Mr. Ayers taught at a radical alternative school, and served as a community organizer in Cleveland's ghetto.

In works like "City Kids, City Teachers" and "Teaching the Personal and the Political," Mr. Ayers wrote that teachers should be community organizers dedicated to provoking resistance to American racism and oppression. His preferred alternative? "I'm a radical, Leftist, small 'c' communist," Mr. Ayers said in an interview in Ron Chepesiuk's, "Sixties Radicals," at about the same time Mr. Ayers was forming CAC.

CAC translated Mr. Ayers's radicalism into practice. Instead of funding schools directly, it required schools to affiliate with "external partners," which actually got the money. Proposals from groups focused on math/science achievement were turned down. Instead CAC disbursed money through various far-left community organizers, such as the Association of Community Organizations for Reform Now (or Acorn).

The Obama campaign notes that Mr. Ayers attended only six board meetings, and stresses that the Collaborative lost its "operational role" at CAC after the first year. Yet the Collaborative was demoted to a strictly advisory role largely because of ethical concerns, since the projects of Collaborative members were receiving grants. CAC's own evaluators noted that project accountability was hampered by the board's reluctance to break away from grant decisions made in 1995. So even after Mr. Ayers's formal sway declined, the board largely adhered to the grant program he had put in place.

Mr. Ayers's defenders claim that he has redeemed himself with public-spirited education work. That claim is hard to swallow if you understand that he views his education work as an effort to stoke resistance to an oppressive American system. He likes to stress that he learned of his first teaching job while in jail for a draft-board sit-in. For Mr. Ayers, teaching and his 1960s radicalism are two sides of the same coin.

Mr. Ayers is the founder of the "small schools" movement (heavily funded by CAC), in which individual schools built around specific political themes push students to "confront issues of inequity, war, and violence." He believes teacher education programs should serve as "sites of resistance" to an oppressive system. (His teacher-training programs were also CAC funded.) The point, says Mr. Ayers in his "Teaching Toward Freedom," is to "teach against oppression," against America's history of evil and racism, thereby forcing social transformation.

The Obama campaign has cried foul when Bill Ayers comes up, claiming "guilt by association." Yet the issue here isn't guilt by association; it's guilt by participation. As CAC chairman, Mr. Obama was lending moral and financial support to Mr. Ayers and his radical circle. That is a story even if Mr. Ayers had never planted a single bomb 40 years ago.
Posted by Pastorius at 1:38:00 pm