A Disgusting Pile Of Crap

The Mercedes-Benz SLR McLaren is a sports car and supercar automobile co-developed by DaimlerChrysler and McLaren Cars. It is one of the fastest automatic transmission cars in the world. It is assembled at the McLaren Technology Centre in Woking, England.

Now one of this beautiful machines owners

(born February 12, 1974) is a British boxer and former Bantamweight and Featherweight champion born to Yemeni parents who emigrated to Sheffield. Hamed adopted the moniker "Prince" Naseem Hamed. He is known for his flashy and arrogant style, colourful ring entrances, unorthodox southpaw stance, and explosive power.
Hamed's spectacular ring entrances have included being deposited in the middle of the ring by an elevator, which was set up specially for the event near the roof of the MEN Arena, being carried into the ring on a palanquin, walking into the ring on a fashion runway style walk way, and walking into the ring with a Halloween mask for his fight with McCullough (fought on Halloween night of 1998).

He flaunted his Muslim faith; the word , Islam, was sewn into his trademark baggy shorts and he was once theatrically called into the ring by a mullah. 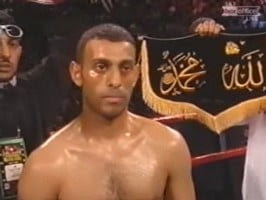 This disgusting pile of crap is also known for unorthodox behaviour outside the ring.

On 2 May 2005 Hamed was involved in a 90-mph three-car collision at Ringinglow Road, Sheffield, while driving his £300,000 silver McLaren-Mercedes SLR. He was arrested on 3 May, released on bail and later charged at Sheffield Magistrates Court on 3 December

On 31 March 2006 Hamed entered a plea of guilty, and was warned he could face jail by a judge at Sheffield Crown Court. The Recorder of Sheffield, Judge Alan Goldsack, adjourned the case until 12 May to allow pre-sentence reports to be prepared. The court heard how the man in the car Hamed hit, later revealed as 38-year-old Anthony Burgin, who had attended a number of previous hearings, was unable to come to court because he was in hospital for further treatment. His wife Clare was also injured.

On 12 May the court heard in a sentencing hearing how Hamed had been anxious to impress businessman Asif Goro (aged 46), who was a passenger in the McLaren-Mercedes at the time of the crash. Hamed was showing what his car could do when he crossed a solid white line at a speed of at least 90 mph and crashed head-on into a Volkswagen Golf that emerged from a dip in the road. Hamed's car then hit a second vehicle, the Ford Mondeo he had been trying to overtake. Mr. Burgin, the driver of the Volkswagen Golf, was very seriously injured, breaking every major bone in his body and suffering bruising to the brain. Hamed escaped unhurt, left the scene. Walked, , the half-mile back to one of his houses. He didn't want to cause a scene with angry onlookers, he said. When the police called, Hamed was getting into another of his cars. He said he was going to get some butterfly clips for his friend's superficial wounds.

Hamed was jailed for 15 months after pleading guilty at an earlier hearing. He was also given a four-year driving ban. Judge Alan Goldsack told Hamed: "I find it astonishing that the DVLA has not been prepared to co-operate with the prosecution to give them details of your earlier offences - apparently on human rights grounds." The DVLA's decision led to Hamed being sentenced without the judge being told he had previously been banned for a year for driving a Porsche at 110mph on the M1 in Derbyshire. It was also revealed that Hamed had three other previous convictions for speeding offences, details of which the prosecution had to find from court records.

Hamed was granted an early release and left prison on 4 September 2006 after serving 16 weeks of the 15 month sentence. Hamed was placed under Home Detention Curfew for the remainder of his sentence, and monitored by an electronic tag. Anthony Burgin, the driver whom Hamed collided with, said: "I am shocked that after such a serious accident Mr Hamed has been released after less than four months." Nevertheless, the appointment of Hamed to be a "Member of the Civil Division of the Most Excellent Order of the British Empire" (otherwise known as an MBE) was annulled as a consequence of the conviction.

There was also a civil court case rumoured to cost Hamed up to £1 million plus legal costs, as Burgin was deemed unable ever to work again.

Burgin was later arrested and charged with dangerous driving for an incident alleged to have involved Eleasha Hamed (the wife of Naseem) on April 19, 2007. Burgin pled not guilty, and appeared in court on March 17, 2008, following which he was cleared of charges.
YEAH 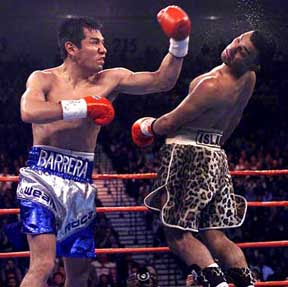 Is that enough, if not here is more reasons why I do not like the arse hole

The fact that he's Muslim isn't really irritating in this instance. It's not like he's propogating hate speech, although I wouldn't be the least bit surprised if he condones it. He's simply just a giant douchebag. We have lots of self-absorbed jokes like him here in Los Angeles, nothing new.

Total,
You got that right. I live in LA too. Half my friends act like this mofo.

They make me laugh.

When you live in LA, you don't have to watch TV, because the people are even funnier.

No kidding. Taking a stroll down Sunset or merely walking by your local Ed Hardy retailer provides great entertainment.

Have a look at the video again

That was no buffonery, that was a display of islamic arrogance.

Prince's head swelled up due to his winning streak and the "yes" men who constantly surrounded him, he knew how to work the crowd and had all the haters watching hoping to see him get knocked out, love him or hate him, there is no in between with Prince, he had a level of confidence that blew people out of the water, he made many mistakes no doubt about that, but even to this day people take their time out to praise or tear him apart...