The Madness of King Barry

So let's see if I have this straight.

As of right now, because I do not have health insurance, I am an outlaw as far as the government and the ACA are concerned (yes, I know, I've heard those rumors about me as well. I ignore them).

And, correctly, it's of my own choosing.

But if in May or June or July I should happen to see the error of my ways (stop laughing) and decide I wish to purchase insurance I will no be able to do so.

In neither private or through the exchanges.

Because that is part of the ACA.

Thus the government's own law forces me to remain an outlaw even if I choose not to be one and toe the line.

And for that I will be taxed next year.

And please spare me any blather about most or all companies have open enrollment periods. Of course they do. The difference being if an employee so chooses he may purchase insurance OUTSIDE of the company's plan wherever and whenever he so chooses.

They completely cut off the consumer AND the company from conducting any new business for the next 8-1/2 months.

For which the consumer will be taxed.

Sounds an awful lot like the Stamp and Tea Acts.

But George III was an amateur next to these rascals. 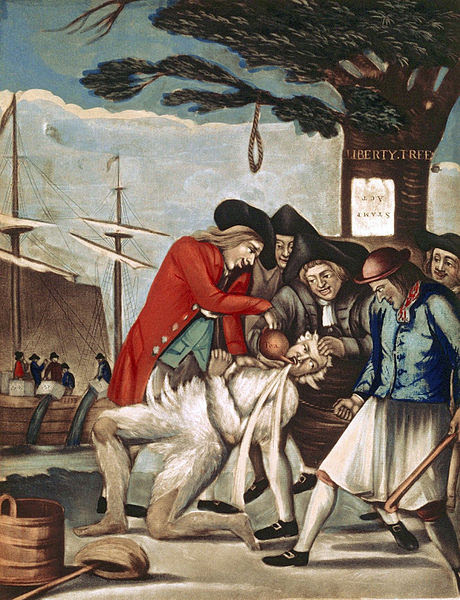 Latest ObamaCare surprise: Most won't be able to buy health insurance until end of year

There is yet another ObamaCare surprise waiting for consumers: from now until the next open enrollment at the end of this year, most people will simply not be able to buy any health insurance at all, even outside the exchanges.
"It's all closed down. You cannot buy a policy that is a qualified policy for the purpose of the ACA (the Affordable Care Act) until next year on January 1," says John DiVito, president of Flexbenefit which has 2,500 brokers.
John Goodman of the National Center for Policy Analysis in Dallas adds, "People are not going to be able to buy individual and family policies, and that's part of ObamaCare. And what makes it so surprising is the whole point of ObamaCare was to encourage people to get insurance, and now the market has been completely closed down for the next seven months."
That means that with few exceptions, tens of millions of people will be locked out of the health insurance market for the rest of this year.
Only about one in four subsidy-eligible people signed up for health insurance," says Robert Laszewski of Health Policy Associates. "That means about 13 million subsidy-eligible people have not yet signed up for health insurance."
Add to that millions more who waited, or thought the policies under ObamaCare were too expensive and decided just to pay the tax penalty.
Although those who failed to buy insurance during the enrollment period could face a government penalty, most will not have to pay that penalty until they do their taxes next year.
“In all likelihood," says Laszewski, "we've only signed up somewhere between one in five and one in seven people who were uninsured prior to the start of ObamaCare."
That means millions are left outside the health insurance market. There is short term insurance, but anyone with a pre-existing condition can be turned down.
The reason sales of health insurance were crammed into short enrollment periods was so insurance companies would have some certainty about who would be in the risk pool, allowing them to set their rates accordingly.
Goodman explains, "they fear that the only people who will try to buy are people who are sick, and they are going to be expensive. So it’s built into the screwy logic of the whole ObamaCare system."
DiVito puts it this way: "So can you imagine that on July 1, an indvidual's walking down the street, they get hit by a car, the ambulance comes and picks them up and inside that ambulance is an insurance salesman selling them a policy. That is exactly what the insurance industry was trying to avoid."
There is one way consumers can still sign up, but only under limited circumstances.
"If you have a qualifying event, a life qualifying event, which means you get married, you get divorced, you get fired from your job" says Goodman. Or you have a child, or lose a spouse or have a change in income.
"It has to be one of those kinds of events,” he adds. “And if you don’t have that, you're not going to be able to buy insurance."
Barring any of those so-called life events, tens of millions will remain uninsured and won't be able to buy health insurance, no matter how hard they try.

A plague on this administration -- which is, itself, a plague upon the land.

The bigger the government the more insane their laws become.

One law after another, each attempting to fix a problem that a previous law created.