Princeton Professor Says, Islamic State Will Carry Out ‘Mass Slaughter’ in the U.S. if Not Stopped Soon 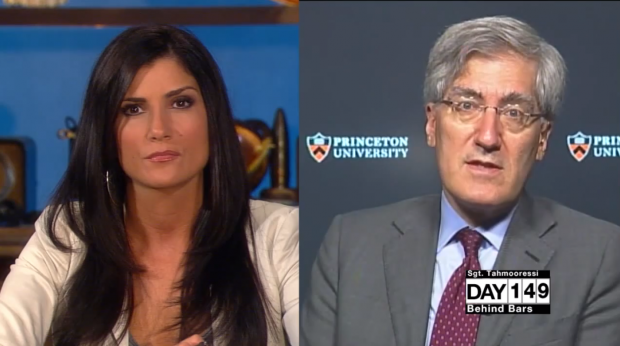 
Princeton University professor Robert George warned Wednesday that the Islamic State will carry out “mass slaughter in the United States” if it is not soon “destroyed as a fighting force.”

“They have every intention of getting [to the United States], and these are people who achieve what they set out to achieve,” George said on The Glenn Beck Program with guest host Dana Loesch.

“Believe me, I plead with you, I want your listeners to believe me — these people will do it if they can,” George continued.

“And they will be able to do it unless we stop them.”The Princeton professor described the Islamic State as “genocidal,” saying: “They mean to wipe out entire communities, and there is nothing they will stop short of when it comes to achieving their goal.”

“Our well-being, our security, our place in the world are vitally threatened by ISIS and ISIL,” he said. “They will stop at nothing … in order to destroy anyone standing in their way so that they can establish the caliphate.”

Goddam this infuriates me! How the hell can ISIS carry out mass slaughter in the US unless they are IN the US? Answer me that. ISIS has zero capability to launch an attack on usfrom the sea or the sky.

We have to allow their operators to enter the country which is precisely what we refuse to take even the simplest steps to prevent. It was the same with 9 / 11 for heaven's sake. Nothing has been learned.

It only takes a few people with bomb belts, in malls around Christmas time, to do terrible damage.

9/11 demonstrated how few it takes to create mass casualties. The damage done by this administrations suicidal 'open border'/'civil rights' for humanity @ American taxpayer expense will be paying dividends in carnage for decades to come.

Abstract
In its latest assault on the U.S. Constitution, the Obama Administration has issued an Advance Notice of Proposed Rulemaking (ANPR)—new regulations that would require the Administration to recognize so-called Native Hawaiians as an Indian tribe entitled to separate and independent sovereignty. Such a move would implicitly authorize government-sanctioned discriminatory conduct against any residents of Hawaii who do not meet the explicit ancestry and blood-quantum requirements that one must meet to be considered a “Native.” Both unconstitutional and bad public policy, this action would balkanize Hawaii, dividing the islands into separate racial and ethnic enclaves, and undo “the political bargain through which Hawaii secured its admission into the Union.” Accordingly, the APNR should be withdrawn and rescinded.

This ANPR would effectively make the entire state of Hawai'i one huge Indian Reservation. Or perhaps more accurately an apartheid state like the old South Africa.

But if you do some research you will find that the Bush administration was on board with this effort as well.

The Bush administration also fostered the "Islam is a religion of Peace" meme.

The point being, this country is being assaulted on all fronts...priming the nation for disaster