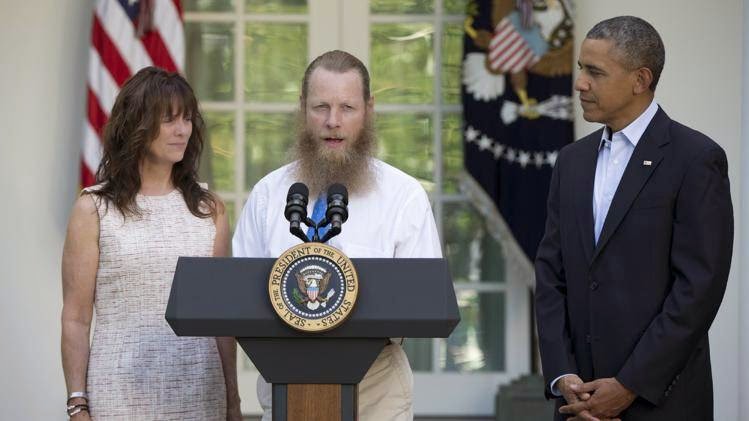 This has got to be wrong. Five BILLION dollars???

Tell me it's wrong.

Please, for the love of God, tell me it's WRONG:


Lt. Col. Tony Shaffer, who was part of the negotiations, told Bill O’Reilly the US paid out $5 billion and traded five top Taliban detainees for Bergdahl.

Bill O’Reilly: Let me just stop you. There were three trade scenarios, there were three things they could have done. You were involved to try to work that out to some extent?
Lt. Col. Tony Shaffer: Not all of them involved trade. One of them essentially was a direct action. One of them involved my aspect, which was not again a trade. It was something working the issue. And, obviously the one the president went with was the $5 billion to Qatar and the trade of the five Taliban.
O’Reilly: Are you surprised this report… Why hasn’t been released? The Pentagon, they’re not supposed to be political.
Lt. Col. Shaffer: Bill, I understand General Dahl, the investigating officer did an incredible job… I understand he confirmed what was in previous report… Effectively, he deserted.

Wow! Sounds like the Herschel Walker trade. Except there are real life consequences.

Pasto, why so surprised? When we were a powerful, proud nation, we used to shoot traitors, now under new management, we look for ways to make direct transfers of wealth from a guilty, enslaving capitalistic nation to terror promoting states ... This sorry excuse for a man, Bergdahl, gave us the opportunity of not only strengthening the terrorists financially, but also giving them five of their most dangerous and seasoned worriers. All for the love of America!

I'm not surprised we traded prisoners for Bergdahl the Traitor.

What I'm surprised about is that Obama somehow got approval to pay a $5 billion ransom.

How did he do that?

Did Congress approve this?