DeBlasio and Sharpton can’t get off the tiger they chose, now 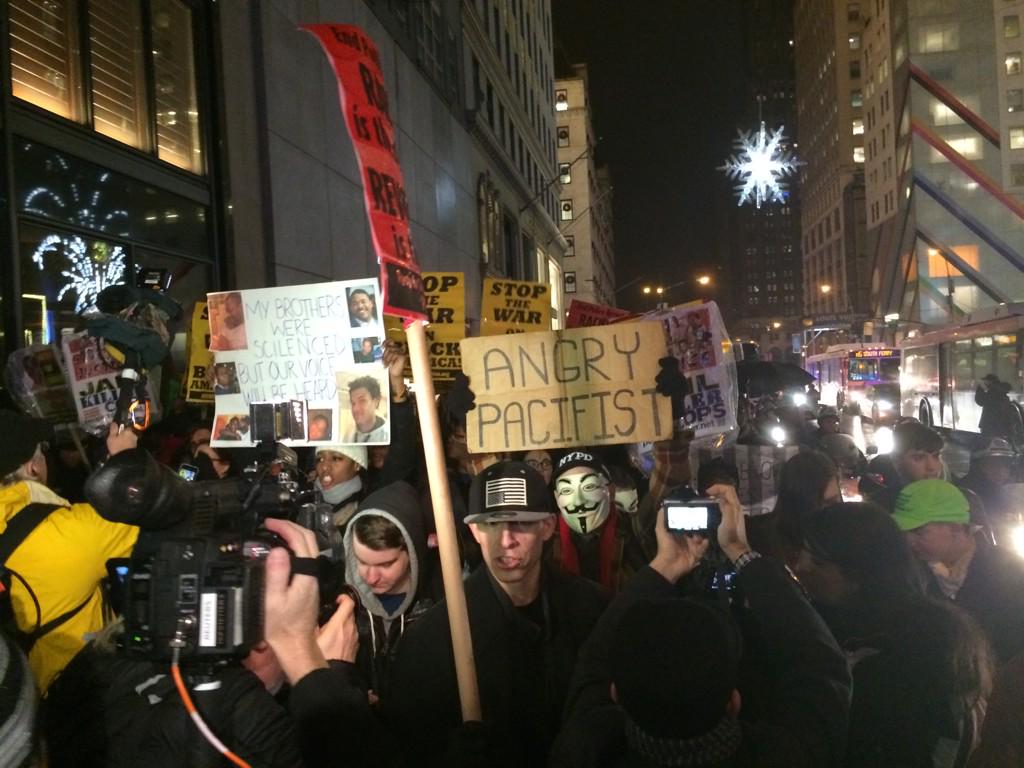 “The mayor says stop that, we say f–k that!” the mob chanted at one point.
Other slogans were of the sort that Hizzoner has denounced as “hateful” and “inappropriate” in the wake of Saturday’s assassinations of two city cops.
“NYPD, KKK, how many kids did you kill today?” the protesters shouted. 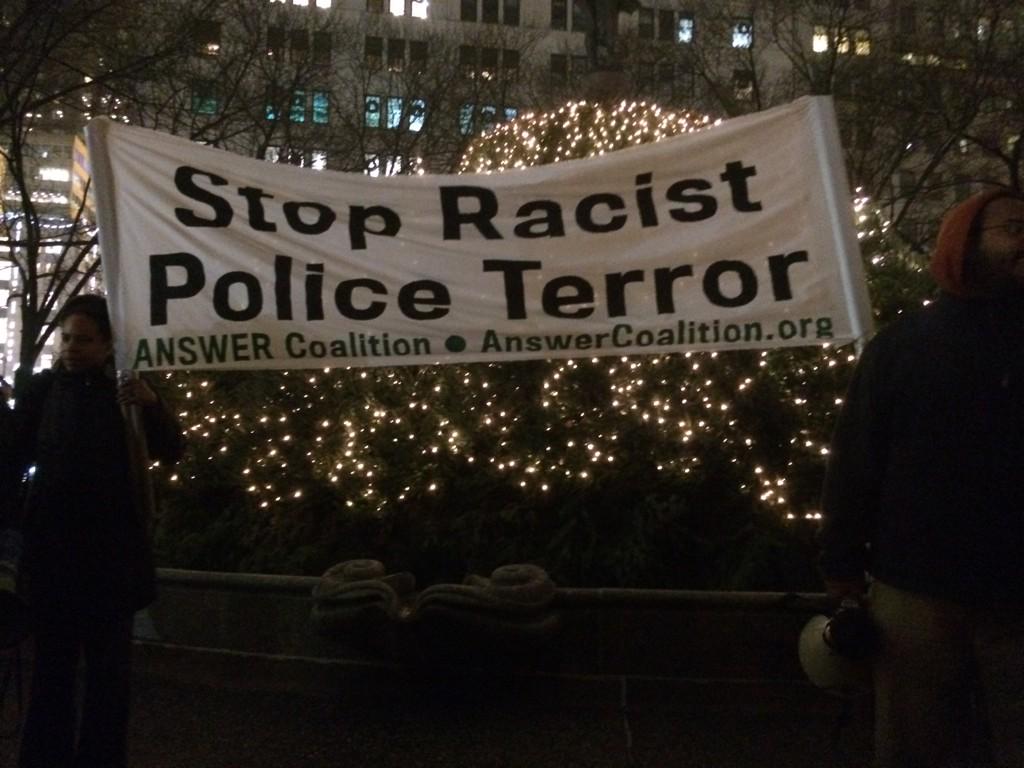 The demonstrators, some carry­ing a banner that read “Stop Racist Police Terror,” started marching south from 59th Street on the sidewalks, but later blocked traffic on Fifth and Madison Avenues.
They then turned around and started marching toward Harlem to demonstrate in front of a police station house.


One day late in 1969 (after the 1968 Chicago police riot), the march I was in changed their chant from ‘eff the pigs’ to ‘kill the pigs’. We got the hell out of there ASAP.
Anyone left then, and now knows PRECISELY what they are doing and getting into.
Including a mayor and so called Action Network leader who AT BEST made a career ending set of decisions, and at worst expected to lead a revolutionary groundswell of public support of ‘justified’ violence.
Posted by Epaminondas at 11:52:00 am

#BlackLivesMatter may incorporate this one: Tempers flare after cop shoots suspect dead near Ferguson.

Schellman says as the officer walked out of his patrol car toward the men, one of them pointed a handgun at him. The officer fired several shots and fatally wounded one of them. The other one fled.

The Reuters news agency reports the dead man was black....

More at the above link.