The Slow But Sure Dissolution of the Fourth Amendment: Heien v. North Carolina 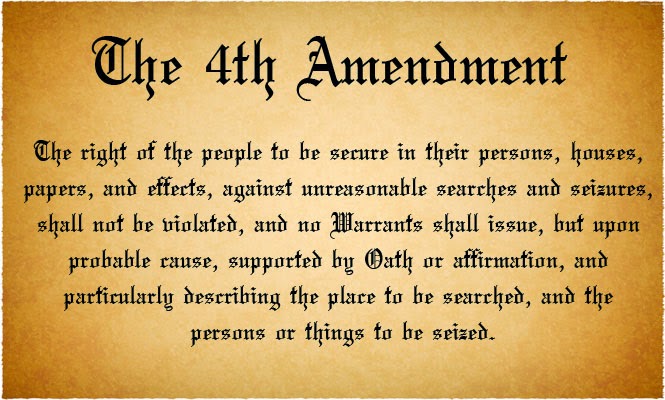 The Supreme Court of the United States chipped another little piece off the Fourth Amendment Monday.
The ruling is not as contemptuous of civil liberties as it has been widely reported to be but it did create a curious division between the obligations of citizens and police under the law. Every citizen knows that “ignorance of the law is no excuse.” What the Supremes decreed at the beginning of the week is that police may now use ignorance of the law as an excuse.
Any mommy who has ever tried to fight a ticket in traffic court knows that police both lie and exploit a cynically informed view of the letter of the law. What’s most frightening about the Court’s decision inHeien v. North Carolina is that the cops are now officially encouraged to lie about what is in their heads.

The case began with a traffic stop near Dobson, North Carolina on the morning of April 29, 2009. A Surry County Sheriff’s Sergeant named Matt Darisse began following a car he thought looked suspicious. Darisse thought that car looked suspicious because, as he sat by the side  of the road and the car sped past, the sheriff thought the driver looked “very stiff and nervous.” He followed the car until he invented a pretext to stop it. When the car braked Darisse saw one brake light was out and that became his legal reason to make the stop.
While writing a ticket for the brake light, Darisse decided the driver was nervous. He asked the usual question about whether the driver and the owner in the back seat (Heien) were carrying contraband. He asked for permission to search the car. It is standard operating procedure in those situations to demand a consent search under threat that the police will summon a drug sniffing dog. The two men said he could search the car. Eventually, in the side compartment of a duffle bag, Darisse and another cop found a sandwich bag containing cocaine. Had he  simply not consented to the search Heien might have avoided arrest and probably would have prevailed eventually. But he told Darisse to go ahead.

After he was charged, Heien objected that the search violated the Fourth Amendment. That clause states: “The right of the people to be secure in their persons, houses, papers, and effects, against unreasonable searches and seizures, shall not be violated, and no Warrants shall issue, but upon probable cause, supported by Oath or affirmation, and particularly describing the place to be searched, and the persons or things to be seized.”
Although that Amendment seems unambiguous, over the last two centuries the Supreme Court has found it to be full of nuance. One of those nuances is called the “vehicle exception” which is actually an elaboration of a Fourth Amendment exception that allowed warrantless searches of ships at sea. The reasoning behind the ship exception was that if the Coast Guard took time go back to land to get a search warrant, the suspect ship could just sail away. In 1925, the Court applied that exception to searches of the cars of suspected bootleggers. In the days before radio, the Court thought bootleggers could just drive away if police had to go back to town to get a warrant. So, for the last 80 years, car searches have been considered to be “exigent searches” and police only need “probable cause” to execute them. The vehicle exception allows police to act as both judge and arresting officer.

What is noteworthy in the Heien decision is that the two men in the car hadn’t broken any traffic law in North Carolina. It is actually legal to drive in North Carolina with only one taillight but Sergeant Darisse didn’t know that. And the Supreme Court thought that was reasonable.