Why is the French Government deploying a thousand troops to the streets if the problem is just a few crazies? 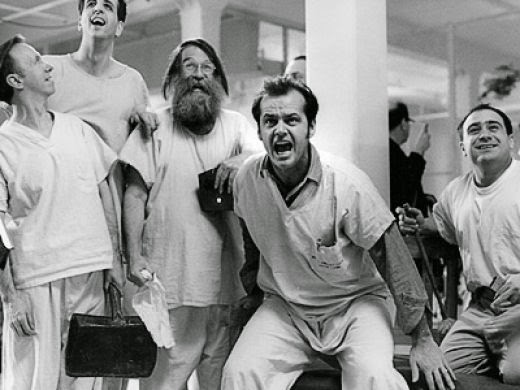 If the recent “Allahu akbar” attacks in France were all simply manifestations of “mental illness,” why are French authorities deploying soldiers in city centers? Are they afraid that the whole country is going crazy? Or are they well aware that these attacks were Islamic jihad attacks, despite their official denials?

A gunman “armed to the teeth” has been arrested in Cannes as the French government pushes troops into city centres across the country, following two separate attacks that left one person dead and dozens injured.
A man carrying two loaded pump-action shotguns and a knife was detained early in the morning as he walked in the centre of the Mediterranean city, famous for its film festival.
Police officers spotted him on CCTV and proceeded to arrest him, local newspaper Nice Matin reported. His intentions were not immediately clear.
The development came as Prime Minister Manual Valls announced hundreds of extra troops will be deployed in numerous cities over the Christmas break, following a spate of attacks that has sparked fears of Islamic terrorism.
Ten people were injured and one has been killed after a 37-year-old man crashed his van into a crowded Christmas market in Nantes, western France.
A day earlier, another driver reportedly shouting “Allahu Akbar” (God is great) ploughed his Renault Clio into pedestrians at several different locations in the eastern city of Dijon. He wounded 11 people.
The two nearly identical rampages followed a stab attack in the central town of Joue-les-Tours that saw a 20-year-old man slash the throat of a police officer and wound two others.
The assailant, identified as a Muslim convert named Bertrand Nzohabonayo, was shot dead by police.
Authorities said the drivers in Nantes and Dijon suffered from mental illness.
President Francois Hollande said there was no link between the three attacks, which Valls claimed were unrelated to terrorism.
Security has been stepped up across city centres in France in the wake of the attacks. Up to 300 troops have deployed across sensitive spots, such as busy commercial areas and transport hubs.


French prosecutor: Muslim driver who hit pedestrians screamed “Allahu akbar” “to give himself courage to act, and not out of religious belief”