Those pining for a ‘negotiatied’ nuclear deal for Iran, are LITERALLY naive fools

If you read articles such as this one in the National Interest:

fail COMPLETELY by not dealing with the main issue.
Which is:

Khamenei believes that the only way to ensure Khomeini’s ‘Islamic Revolution’ is safe from foreign action is to acquire and stockpile nuclear weapons along with credible delivery system against both near and far enemies consisting of actual Iranian weapons system, and Iranian controlled human systems (IRGC/Hizballah) therefore: 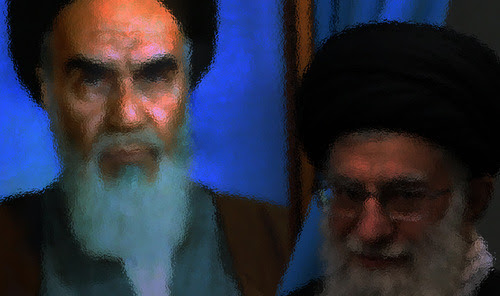 For the west the only way out of this conundrum is going on right now. Drilling and fracking, and cooperating with KSA and others in maximizing oil and gas supplies to drive vulnerable states such as the racist and genocidal theocratic autocracy in Iran to the point of regime change by their own people.
This process is as necessary to the benefit of the security of our own people’s day to day life, as is Khamenei’s perception that HIS ENFORCED way of life cannot survive in Iran unless he has nukes.
That’s it. There is little else.
Except for one thing.
Barack Obama, and his own arrogant stupidity in observing this world.
Posted by Epaminondas at 12:28:00 pm

" ...naive fools?" Really? C'mon! I'm not a conspiracy nut, but nobody at those levels of government can be naive ... Sorry, but this is part of facilitating the caliphate; the supremacy of the NWO and/or Islam. The fools in the West have no idea of what they are dealing with. Regardless of how greedy and heartless Western elites can be, they are no match for religious fanatics. They will be crushed and a new Dark Ages will come over society.

You think they are not naive?
THEY think they can manage these people.
Chamberlain, Baldwin, Halifax?
All at the top.
ALL NAIVE
FDR, never believed the stories of extermination DURING MOST of the war.
NAIVE.