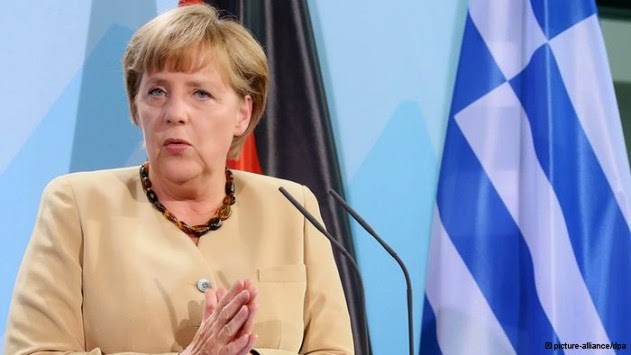 Merkel condemned the organizers of the protests and said they were driven by prejudices and hatred against foreigners.
The chancellor used unusually direct words in her New Year’s speech on Wednesday for the rallies organized by a group calling itself Patriotic Europeans against the Islamization of the West, or PEGIDA which have been attended by thousands.
When the protesters chant “we are the people,” they actually mean to say “you don’t belong ? because of your religion or your skin color,” Merkel said.
PEGIDA organizers insist they are protesting only against extremism and not against immigrants or Islam itself, but the demonstrations have received support from far-right groups, prompting concerns that anti-foreigner sentiment might be rising.

Funny how Merkel thinks she knows better than the people themselves why they attend these rallies.
Her statement would seem to blame racism/xenophobia.
The people themselves are anti-racist inclusionists who simply want to make sure they can preserve a Liberal culture in Germany.

Merkel thinks she knows better than the people themselves why they attend these rallies.

Politicians are virulent plagues upon the face of the earth!

These people always speak with both sides of the mouth. She seems to forget she was the first European leader, and probably world leader, to publicly admit that multiculturalism had failed.