CNN Wipes Israel Off The Map 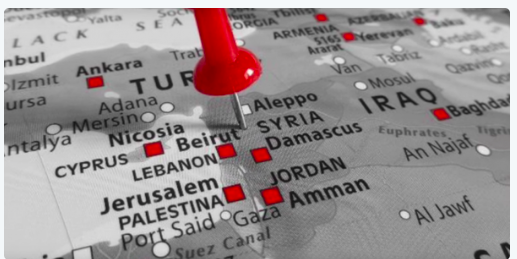 
TEL AVIV – An article published on CNN’s website featured a map ​that erased Israel and replaced it with “Palestina,” a Spanish or Portuguese translation of ​”​Palestine​”​ the HonestReporting media watchdog revealed​.

The map, taken from Getty Images, accompanied a CNN Money article titled, “Beyond ISIS: 2016’s scariest geopolitical hotspots.”After HonestReporting cited the error​, CNN too​k the map down​ and replaced it.

“Following the publication of this post and the complaints of many HonestReporting subscribers, CNN has removed the map in question and replaced it with an image of the aftermath of a Syrian airstrike in Aleppo,” said HonestReporting.

Imagine if they erased, say, Morocco, or France from the map.

But you can't imagine it, can you? Why would they do such a thing.

The only country in the world they would do this to is Israel.