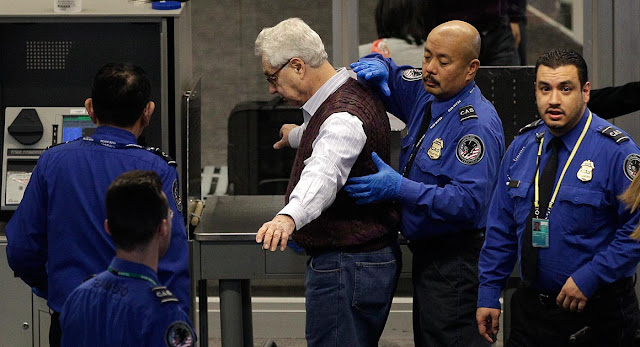 Don't Worry, The TSA's on the Job

Shoebat: Seventy Three Terrorists Are Now Being Allowed To Work For The TSA, And Now The TSA Is Saying: “Don’t Worry, They Are Not A Threat.”
Posted by Pastorius at 4:15:00 pm

I was talking to a friend of mine from overseas, and he said, matter of fact, the is no solution. At this point they cannot be contained, and cannot be defeated. The world does not have the will it would take to do it.