Donald Trump's Congressional Testimony on the Construction Cost Overruns of the United Nations Building, and How To Fix The Problem 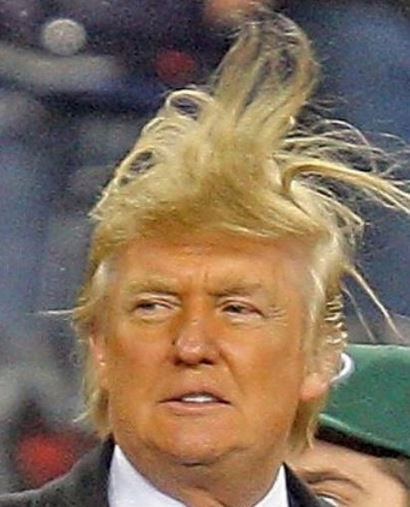 There is no doubt. The man looks like a buffoon.

He is a reality television star.

He talks as if he knows everything.

He makes pronouncements like a drunk standup at a comedy club.

He is an embarrassment.

But he is not truly an idiot. He is a man of his time, of the media world, who knows how to communicate in soundbites.

He is a "Great Communicator", one who knows how to manipulate the confines of our LOL age.

He is well-aware of his buffoonish nature. He has a bitter of Shakespeare's Hal in him.

Truth is, he wouldn't be as successful as he is, if he were not able to buckle down and focus when the situation calls for it.

At a time like that, he ceases to be the buffoon.

A few years back, Trump was called to testify before Congress on the subject of the cost overruns on the reconstruction of the United Nations building.

His testimony was focused, intelligent, and concise, considering the massive amount of information and analytics he had to deal with in his testimony.

I am not predisposed to liking Trump. I do not like much of his politics. But I do like his anti-immigration stance, and his no-nonsense quality.

Oh, by the way, in his testimony, Trump noted that the cost they were projecting was $1.2 billion. Trump said he could do it for $750 million.

Trump PREDICTED that in three years, cost overruns by the company contracted would bring the project to $3 Billion.

Currently, it seems, the cost is at almost $2.6 Billion:


As of March 2014, the cost overrun was estimated at $370 million — a 19 per cent increase. Turning to the estimated final cost of the Plan, he noted its amount of $2.21 million and that 99.2 per cent of the estimated costs to completion had been expended and/or committed. Noting that the responsibilities for the post-renovation construction and close-out activities would be transferred from the Plan’s Office to the Office of Central Support Service, he sought assurances that Plan-related costs would be borne by that Office under the regular budget.

So Trump was right, even if a little off.

Read his testimony. Watch the video. Tell me what you think:

And an enviably successful 'buffoon' he is.
A chapter in Trump's book discusses the media. He understands you will never beat the ubiquitous media. Trump learned to use the media to his advantage particularly gaining useful insight from within, on their payroll, with his time on The Apprentice.
His 'buffoonery' is difficult to take seriously, but Trump has demonstrated on more than one platform that he evolves to respond successfully <50% time to any given situation.
What success rate can you give Obama? Hillary?

FWIW...at this point in time, I personally can be satisfied with either a Cruz or Trump candidacy.

Either the word scrambler was operating at 100% or this is most disjointed testimony in the history of this country. I'm thinking the former.

Yes, your post went through the word scrambler. You can see the actual, coherent testimony here:

Well, I don't understand. That's where I got it from. The link is in the body of my post.

WHAT IS A "WORD SCRAMBLER?"

Watch the video. That's not scrambled.

I just fixed it, I believe.

Does it look ok on your end?

Would suggest a left justification for easier reading, but the message is readable.