"Molenbeek Broke My Hear"t: About That City in Belgium Where The Paris Attacks Were Born 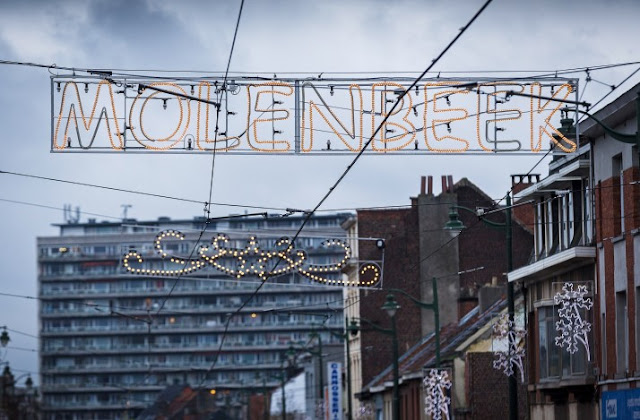 
I was part of a new wave of young urban professionals, mostly white and college-educated — what the Belgians called bobo, (“bourgeois bohémiens”) — who settled in the area out of pragmatism. We had good intentions.

Our contractor’s name was Hassan. He was Moroccan, and we thought that was very cool. We imagined that our kids would one day play happily with his on the street. We hoped for less garbage on the streets, less petty crime.

We were confident our block would slowly improve, and that our lofts would increase in value. (We even dared to hope for a hip art gallery or a trendy bar.) We felt like pioneers of the Far West, like we were living in the trenches of the fight for a multicultural society.

Slowly, we woke up to reality. Hassan turned out to be a crook and disappeared with €95,000, the entire budget the tenants had pooled together for our building’s renovation. The neighborhood was hardly multicultural. Rather, with roughly 80 percent of the population of Moroccan origin, it was tragically conformist and homogenous. There may be a vibrant alternative culture in Casablanca and Marrakech, but certainly not in Molenbeek.

Over nine years, as I witnessed the neighborhood become increasingly intolerant. Alcohol became unavailable in most shops and supermarkets; I heard stories of fanatics at the Comte des Flandres metro station who pressured women to wear the veil; Islamic bookshops proliferated, and it became impossible to buy a decent newspaper.

With an unemployment rate of 30 percent, the streets were eerily empty until late in the morning. Nowhere was there a bar or café where white, black and brown people would mingle.

Instead, I witnessed petty crime, aggression, and frustrated youths who spat at our girlfriends and called them “filthy whores.” If you made a remark, you were inevitably scolded and called a racist.

There used to be Jewish shops on Chaussée de Gand, but these were terrorized by gangs of young kids and most closed their doors around 2008. Openly gay people were routinely intimidated, and also packed up their bags.

Meanwhile:
Shoebat: Seventy Three Terrorists Are Now Being Allowed To Work For The TSA, And Now The TSA Is Saying: “Don’t Worry, They Are Not A Threat.”

OT:
What This Taxi Driver Did To An ISIS Supporting Muslim Will Make You Cheer… EPIC via American News
This would never be allowed to go down in the United States, where everyone is afraid of being politically incorrect.

One recent story notes that an Arab Muslim man entered a taxi in Glasgow. Things were going fine until he asked the driver to turn off the radio because as “decreed by his religious teaching, he must not listen to music because in the time of the prophet there was no music.”

Listening to the man, the taxi driver quickly switched off the radio. He then proceeded to stop the car, got out, and opened the door for the man.

“What are you doing?” the Muslim passenger asked.

“In the time of the prophet, there were no taxis,” the driver answered. “So piss off and wait for a camel.”

Now, this driver might have taken things too far, but he does highlight some important inconsistencies.

Woman’s warning to ISIS goes viral: Our weak leader can’t protect you anymore, Americans WILL get you!