The Miracle of Squanto’s Path to Plymouth

The Thanksgiving tale of the Pilgrims and the Indian has an astonishing, less well-known back story. 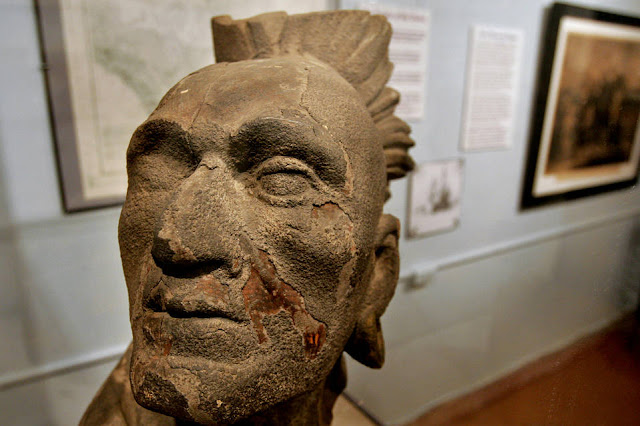 
The story of how the Pilgrims arrived at our shores on the Mayflower—and how a friendly Patuxet native named Squanto showed them how to plant corn, using fish as fertilizer—is well-known.

But Squanto’s full story is not, as National Geographic’s new Thanksgiving miniseries, “Saints and Strangers,” shows. That might be because some details of Squanto’s life are in dispute. The important ones are not, however. His story is astonishing, even raising profound questions about God’s role in American history.

Every Thanksgiving we remember that, to escape religious persecution, the Pilgrims sailed to the New World, landing at Plymouth Rock in 1620. But numerous trading ships had visited the area earlier.

Around 1608 an English ship dropped anchor off the coast of what is today Plymouth, Mass., ostensibly to trade metal goods for the natives’ beads and pelts. The friendly Patuxets received the crew but soon discovered their dark intentions. A number of the braves were brutally captured, taken to Spain and sold into slavery.

One of them, a young man named Tisquantum, or Squanto, was bought by a group of Catholic friars, who evidently treated him well and freed him, even allowing him to dream of somehow returning to the New World, an almost unimaginable thought at the time.

Around 1612, Squanto made his way to London, where he stayed with a man named John Slany and learned his ways and language. In 1618, a ship was found, and in return for serving as an interpreter, Squanto would be given one-way passage back to the New World.

After spending a winter in Newfoundland, the ship made its way down the coast of Maine and Cape Cod, where Squanto at last reached his own shore.

After 10 years, Squanto returned to the village where he had been born. But when he arrived, to his unfathomable disappointment, there was no one to greet him. What had happened?

Changed bottom link to direct to a free/non-subscriber version of this article.

Hope all you Infidels your families had as terrific a Thanksgiving as we did.