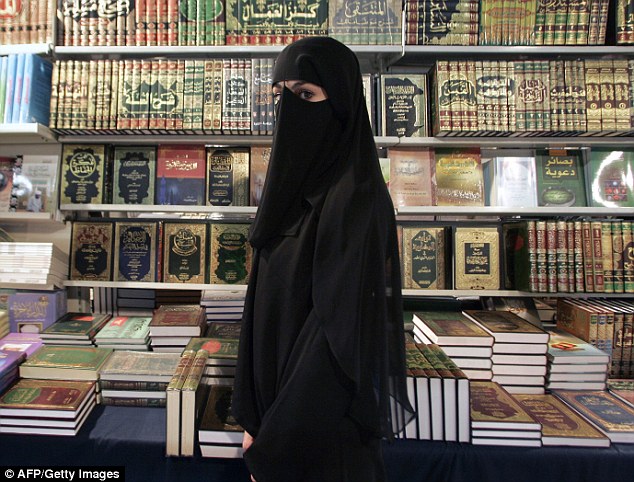 Europe’s leading human rights court upheld the France’s ban on Islamic headscarves in the case of a Muslim social worker who was sacked because she refused to take hers off.
Christiane Ebrahimian lost her job at a psychiatric department of a hospital in Nanterre because patients complained about her refusal to remove her head covering.
She lost her appeal at the European Court of Human Rights today.

The French government bars public employees from displaying their religious beliefs on the job.
In 2004, the country banned the wearing of ‘conspicuous religious symbols’ including the Muslim face veil, known as the niqab.
The ban was eventually extended to schoolchildren and even parents who wanted to accompany classes on trips.
In 2010, the country banned face coverings of all kinds, including masks, niqabs and the full body dress known as a burqa, in public spaces ‘except under specified circumstances’.
Ms Ebrahimian was born in 1951 and lived in the capital Paris at the time of the ruling, according to Dr Georg Neureither who founded the online religious platform, Religion Weltanschaaung Recht.
He said she was recruited to the hospital on a fixed term contract as a social worker. On December 11, 2000, she was told that her contract would be terminated because patients complained she would not take off her headscarf.

Women wearing a burqa will be fined £6,500 in Switzerland after local referendum to bring in the rule
Posted by Pastorius at 1:08:00 pm

Pity that this is not happening here in the United States!