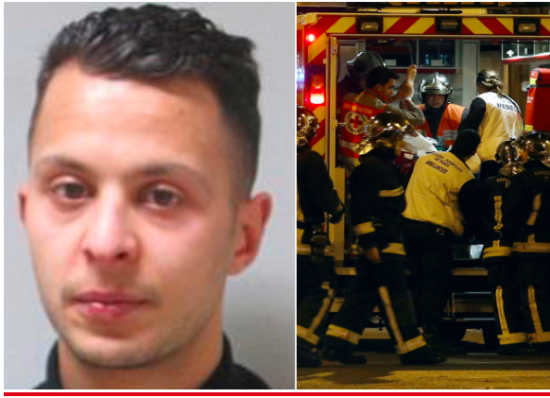 Most dumbass Leftist Westerners would think his homosexuality and drug-use is a sign he's a "Moderate Muslim", but really it's just a sign that, as long as he sacrifices himself for Allah, he can do whatever the fuck he wants to do with the Infidels.


The missing Paris jihadist had a taste for gay sex, drugs and PlayStation. As the international manhunt for 26-year-old Belgian Salah Abdeslam continued, patrons of a gay bar in Brussels told The Sunday Times of London that he was a regular there — known for boozing, smoking hash and flirting with other men.

“We had him down as a rent boy,” a bartender named Julien said of Abdeslam, who’s been on the run since the Nov. 13 attacks on Paris. Others said he was known for long days playing video games in the bar owned by his killed terrorist brother Brahim in the poor Brussels suburb of Molenbeek.

The brothers’ tastes would appear to make them unlikely ISIS extremists. The terror group brutally punishes homosexuality — often hurling gay men off buildings or stoning them to death — and alcohol or drug use.

Just like everyone else, Jihad is his escape hatch. No condemnation for his sexual proclivities, his drug use, and such... just like many jihadists have been found to hire hookers, do drugs, and gamble. According to the pedophile warlord Mo', it doesn't matter what they do as long as they KILL the infidels and they are somehow promised a non-existing 72 ever-virgins.

Mohammedism is a curse to hell.

Christianity and Islam are not kissing cousins. Nor are they mirror images of the Abrahamic faith.

One honking, glaring difference? Christian tradition teaches that one man died for the sins of many. Isaiah 63 comes to mind.

Following chains of information down to Islamic anchor: a man dies (sacrificially) to save his own skin in the afterlife. That sacrifice, is tied up in also killing others. Save yourself, whilst sending others to hell. It is a package deal.

Jihad in the path of Allah GUARANTEES Paradise. The man strikes a bargain for his soul. Atonement comes from a nasty act of the will.

Now if you wanna talk about souls floating around in emerald birds, beds, horses, or other symbolism attached to Islam and martyrdom - we could go there.

But this Christian, saved by Grace, must head to work. I am thankful that I do not have to spill blood nor sacrifice my own blood for so great a Gift.