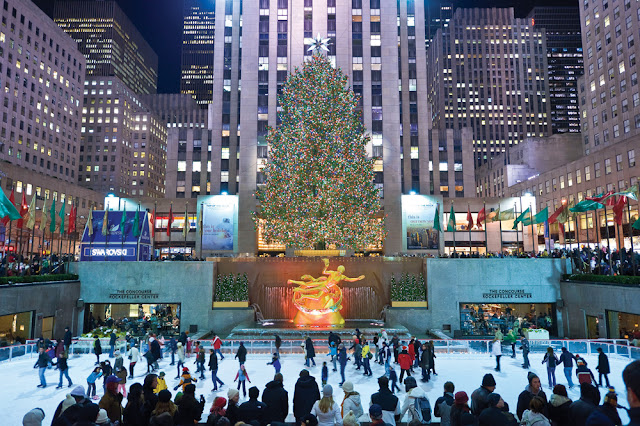 Just another one of the minor inconveniences we gladly suffer for the privilege of living with all the nice, moderate Muslims who are our friends and neighbors:


A “credible threat” has been lodged against New York City, days ahead of Christmas and during an especially busy time of the year when tourists flock to the Big Apple, law enforcement sources told PIX11 News Tuesday.

Top NYPD brass including Commissioner William Bratton held an emergency meeting Tuesday to discuss the threat and their response to it, sources said. Few details were released about the nature of the threat.

A federal law enforcement source said the threat is not specific and could take place in several major U.S. cities.

That internal memo mentioned social media being used as a tactic and that a possible attack could come without warning.

Expect to see increased police presence at iconic locations across multiple boroughs, including Times Square, St. Patrick’s Cathedral for Midnight Mass on Thursday, and Barclays Center in Brooklyn, marking the first time a threat has sparked a swell of police presence in a borough other than Manhattan.

ISIS, Al Qaida and their ilk do not overtly telegraph their intent. So where did this come from i wonder.

"A possible attack could come without warning"

No shit shitbirds. Don't it always? NOT HELPFUL except for fearmongering.

Now the NYPD is saying there is no credible threat. At the link in the post.

Interesting. Bratton seems to deny a "credible threat" where others see one. This is the second time he has recently been in the very confident position.

The last time was with regard to the threat that closed down the entire LAUSD. Bratton said that one wasn't real either.

He really believes in his own discernment.

Speaking of which, I have been reading a book by NRO writer, Annie Jacobsen recently. IN that book, she reveals that George Tenet was the one who called off the assassination of Osama Bin Laden back in the late Clinton/early Bush era.

So, the same guy upon whom the whole Leftist assertion (Bush did nothing to stop 9/11) of consiracy is based upon (9/11 Commission, etc. Truthiness) is the same guy who decided that despite a mountain of evidence, we should not put Bin Laden to sleep like the sick animal he was.