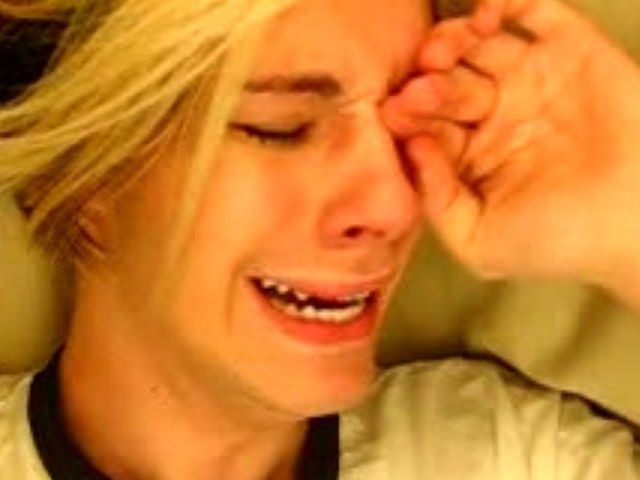 
On Monday, Weekly Standard editor-in-chief Bill Kristol tweeted out what the rest of the Republican establishment is thinking: better Hillary than Donald.

Crowd-sourcing: Name of the new party we’ll have to start if Trump wins the GOP nomination?

Kristol isn’t alone. As I wrote at Daily Wire today, Politico’s Jeff Greenfield says, “If the operatives I talked with are right, Trump running as a Republican could well face a third-party run – from the Republicans themselves.”

That follows last Thursday’s Politico column from former New Jersey governor Christine Todd Whitman, who compared Trump to Hitler and called him “evil,” and last Wednesday’s Politico column reporting that Jeb Bush’s aides “began looking into the possibility of making a clear break with Trump – potentially with the candidate stating that, if Trump were the nominee, Bush would not support him.”

Last week, MSNBC’s Joe Scarborough said that former Mississippi governor Haley Barbour “and a lot of the Republican leaders would much rather Hillary Clinton be President of the United States than have Donald Trump represent them as a Republican.”

I'm so sick of these elitist fucks selling our nation down the river.

I warn you motherfuckers, the election of someone like Donald Trump may be the only thing standing between you and a Mussolini-like death for you and your treasonous friends.

You can not continue to actively ignore the will of the people and expect to get away with it.

If you continue to cheat your way into power, by cheating we the people out of our power, you will, eventually, be in physical trouble.

The shit will come down. We will throw off the bonds of our oppressors.

Wall Street Journal: "Bret Stephen: Let’s Elect Hillary Now"
We want a president we can loathe all of the time—not support some of the time.

And they want us to believe Trump would be a bad President because he's not serious.

They aren't serious about anything other than destroying America.

What about a Rhino as the totem for the new party? They could call themselves the "Progressive Party" and steal the thunder from the Democratic Socialist Party.