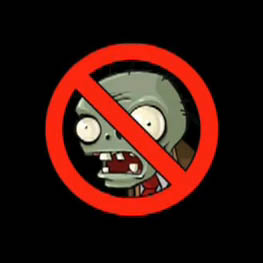 Sweden’s prime minister headlined gala fundraisers, Swedish celebrities starred in telethons, and a country that prides itself on doing the right thing seemed to rally as one to embrace refugees fleeing for their lives.

But after taking in more asylum seekers per capita than any other nation in Europe, Sweden’s welcome mat now lies in tatters.

Overwhelmed by the human tide of 2015, the center-left government is deploying extraordinary new border controls and slashing benefits in an unmistakable signal to refugees contemplating the long trek to Sweden in the new year: Stay out.

If not immediate deportation from Sweden, migrant criminals should receive an immediate DEATH sentence.

Instead it appears Sweden validates Islamic jurisprudence for rape of Swedish women....SHARIAH/DIYYA/THAR/NIKAH MUT’AH

wiki: Diyya in Islamic Sharia law, is the financial compensation paid to the victim or heirs of a victim in the cases of murder, bodily harm or property damage.
WUGB.edu: "THAR", The World's Most Toxic Value System Thar drives much of the world's terrorism, and in the short term the fight against terrorism is frustrating. But in the long term Western society is doing precisely what terrifies thar cultures the most. We are generating forces that foster individual autonomy and especially demands by women for more equality. These forces attack the very root of thar: the whole fabric of status, hierarchy and authority that creates the reward system in thar cultures."
Nikah Mut'ah a fixed-time arrangement between a man and a woman that dissolves once the duration expires.
The Qur'an:
Qur'an (4:24) - "And those of whom ye seek content (by marrying them), give unto them their portions as a duty. And there is no sin for you in what ye do by mutual agreement after the duty (hath been done)"
Qur'an (5:87) - "O you who believe! do not forbid (yourselves) the good things which Allah has made lawful for you and do not exceed the limits; surely Allah does not love those who exceed the limits" Surprisingly the context for this verse (found in Bukhari (60:139) is temporary marriage, in this case, trading an article of clothing for a few days of access to a woman's body. By calling this a "good thing," Muhammad really stood traditional morality on its ear
From the Hadith:
Bukhari 62:13 - "We used to participate in the holy battles led by Allah's Apostle and we had nothing (no wives) with us. So we said, "Shall we get ourselves castrated?" He forbade us that and then allowed us to marry women with a temporary contract (2) and recited to us: -- 'O you who believe ! Make not unlawful the good things which Allah has made lawful for you, but commit no transgression.' (5.87)"
Muslim (8:3252) - Muhammad clearly allowed his men to use temporary marriage as a sanctioned form of prostitution. (To be fair, the end of the hadith also seems to suggest that the practice was later forbidden. Islamic scholars disagree as to the historical context, and whether or not it is enough to supersede verse 4:24 of the Qur'an).