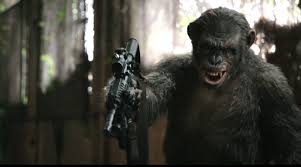 
TERROR ON THE STREETS: ISIS ‘to unleash co-ordinated wave of ATTACKS on EUROPEAN CITIES’

The terror blitz will be happen “all at once” according to a former propaganda mastermind of the Islamic State group.
The jihadist group, also termed Daesh, plan to turn the streets of European cities into bloody carnage.
British authorities are concerned that the recent wave of migrants across Europe could set the stage for pan-European terror.
The horrifying plan has been revealed after a former Daesh identified only as Harry S escaped the terror group and is now being questioned by authorities in Germany.
The 27-year-old once appeared in a propaganda video after the jihadists seized the city of Palmyra in May.

Imagine a Western army or coalition puts enough boots on the ground to surround, isolate and capture all the ISIS forces in one of the towns that have been captured by ISIS. Let that Western force declare that ISIS has broken every standard of civilized behaviour, those guilty of rape, robbery, enslavement, murder and other crimes against humanity will be tried by a military tribunal there and then, anyone guilty of belonging to ISIS will be hanged.

I will be anyone anything that Obama will be one of the first ones to stand up at the UN to decry this, to call this just retribution an even bigger crime. Amnesty international, HRW will all be right behind him.

Will this make the "news" in America when it happens?