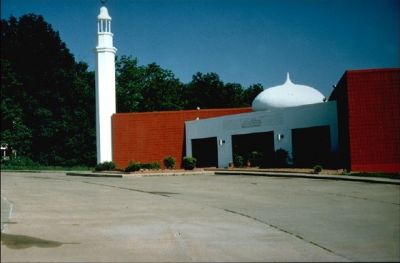 
A Kansas City mosque owned by an Islamic umbrella organization with deep ties to the U.S. arm of the Muslim Brotherhood has received millions of dollars in federal grants over the past several years, according to a federal spending database.

The Islamic Center of Greater Kansas City has received $2,739,891 from the Department of Agriculture since 2010, a Daily Caller analysis has found.

The money largely went to the mosque’s Crescent Clinic to provide services through the Women, Infant and Children nutrition program, known as WIC.

If our nation were being led by people who respected our Freedoms protected by our Laws and Constitution, the Justice Dept. would be pursuing RICO charges to shut down this Mosque, and any other that is funded by the Muslim Brotherhood, the Saudis, or Iran.

If any money is used to support terrorism, if the political weight of the Mosque is involved in bringing aliens into the U.S. for terrorist purposes, if any Mosque money is used to fund any criminal activity, every single Mosque affiliated with the enterprises though funding or ideology could be shut down.

Islamic Radicalism is an Criminal Racket.
Posted by Pastorius at 7:16:00 pm