Earth Is An Oil-Producing Machine — We're Not Running Out 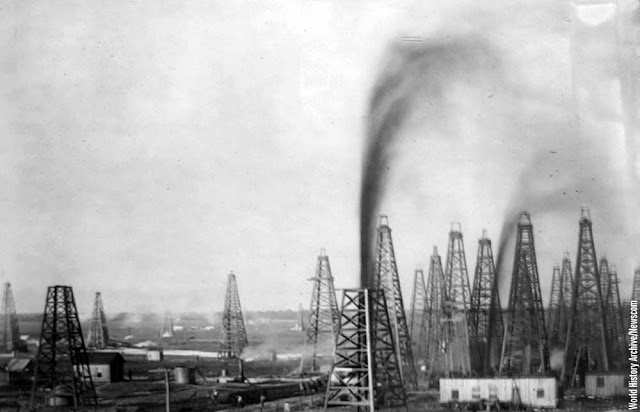 
Ever since M. King Hubbert in the 1950s convinced a lot of people with his "peak oil" theory that production would collapse and we'd eventually exhaust our crude supplies, the clock has been running. And running. And it will continue to run for some time, as technology and new discoveries show that there's still an ocean of oil under our feet.

Engineering and Technology Magazine reported this week that BP — the company that once wanted to be known as "Beyond Petroleum" rather than "British Petroleum" — is saying "the world is no longer at risk of running out of resources."

"Thanks to investment into supercomputers, robotics and the use of chemicals to extract the maximum from available reservoirs, the accessible oil and gas reserves will almost double by 2050," Engineering and Technology said.

Things are so good, in fact, that Engineering and Technology says "with the use of the innovative technologies, available fossil fuel resources could increase from the current 2.9 trillion barrels of oil equivalent to 4.8 trillion by 2050, which is almost twice as much as the projected global demand."

This information backs up the idea that Earth is actually an oil-producing machine. We call energy sources such as crude oil and natural gas fossil fuels based on the assumption that they are the products of decaying organisms, maybe even dinosaurs themselves. But the label is a misnomer.

Research from the last decade found that hydrocarbons are synthesized abiotically. In other words, as Science magazine has reported, the "data imply that hydrocarbons are produced chemically" from carbon found in Earth's mantle. Nature magazine calls the product of this process an "unexpected bounty " of "natural gas and the building blocks of oil products."

"For decades Russian scientists have known that the fossil fuel theory is bogus and have compellingly demonstrated that petroleum is derived from highly compressed mineral deposits deep beneath the surface. But the most startling consequence to these findings is that oil is a constant renewable regenerating in nature."

Abiotic Oil theory was a staple belief of Soviet scientists going back to the early days of Stalin's rule. For some reason it was dismissed out of hand everywhere else. Perhaps because coal is so obviously dead tree, it was just assumed that petrol was also of fossil origin.

Neither theory (abiotic or fossil) has ever been conclusively proved but western scientists are absolutely beholden to fossil fuel theory, largely for political reasons.