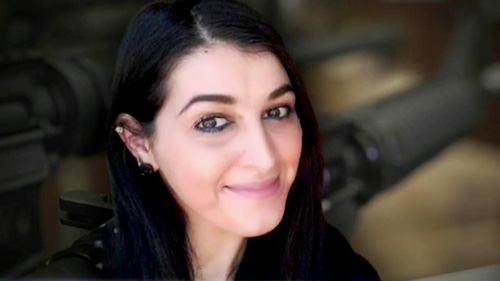 Smarter Than The Obama Administration

More likely, the Obama Administration passively-conspired with Jihadists (just didn't do their fucking jobs) to make sure no one gets caught.


Attorney General Loretta Lynch admitted today that the FBI is unaware of the whereabouts of Omar Mateen’s wife, Noor Salman.

Salman has indicated she suspected Mateen was about to commit a terrorist attack, and even accompanied him to buy the weaponry he used to carry out the massacre.

She insists, however, that as he left she tried to hold onto his arm so he wouldn’t leave. If the FBI believes she was aware of the impending attack, she could be prosecuted.

“Has the shooter’s wife left the state of Florida?” a reporter asked Lynch during her press conference Tuesday.

“Right now, I don’t know exactly the answer to that,” Lynch candidly replied.

“I believe she was going to travel but I do not know exactly her location now.”

By the way, think about how stupid that is: "I believe she was going to travel, but I do not know exactly."

Who travels when their husband just died and they have a baby at home to take care of?

Where did she travel to?

Did she leave the country?
Posted by Pastorius at 3:18:00 am

And we believe the AG? Our government knows her exact location. Of that, I am sure.

Note also the similarities in the investigation to the San Bernardino event...reporters had free access to the perps apartment - not sealed
more....

I fail to understand how that distances this from Islam. Or I guess I fail to understand why a Muslim being a faggot means he wasn't following Islam, you know because Muslim faggots don't exist since they're murdered...yet at the same time these murders didn't take place in the name of Islam because Islam is a religion of peace...which one is it?

NYPost: Armed Homeland Security Employee May Have Been Planning Attack

Nico,
I agree it doesn't distance him from Islam IN REALITY.

Or maybe I should say swallow it.

Thing is I see conservatives stumble on this whole "well he was a faggot so he couldn't have been following Islam" line from libtards. I am getting tired of our side not being fully prepared to not be taken for a ride by libtards.

It should be simple:

Libtard: "He was a homosexual, this has nothing to do with Islam."

Conservative: "He was a sinful faggot (according to Islam) who killed other faggots in the name of Allah so he'd go to paradise rather than hell...again, according to Islam. this has everything to do with Islam. Now go home to your momma and learn something about Islam before talking to me."

Correct them, make them feel like puny little idiots and then ignore them. Why do you think Trump is so successful against libtards?