Muhammed Said, "I Have Been Made Victorious Through Terror" - AFDI Bus Ads To Roll Out in London TOMORROW 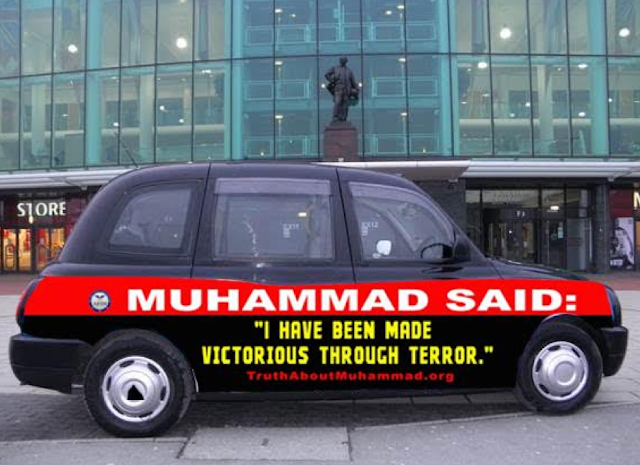 We all owe Pamela Geller a big thank you for putting this together, and for having the balls to see it through:


After the Muslim mayor banned advertisements on buses and subways of bikini-clad women, what could be more appropriate (or needed) then our new ad campaign? We are running on taxis because the sharia-compliant London transit authority refused to run them on buses, even though they are running an Allah is Greater ad campaign...

It certainly was not through Free Speech and proselytizing. He had fewer than 100 followers in his pre-jihad era and he murdered those who satirized him and his religion. Islam cannot survive close inspection, scholarly or comedic criticism, or debates on their merits.

Perhaps having "the knockers" to see this through?

Pamela has balls, but not in a Transgender way.