Brexit Is Also A Repudiation Of Global Warming Mandates 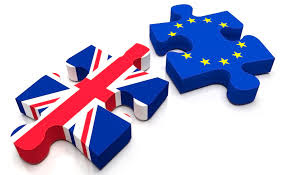 
When British voters chose to leave the European Union Thursday night, they weren’t just voting against Brussels’ immigration policies, they were also voting against Europe’s growing list of green mandates.

The EU’s allowance of millions of refugees and open borders policy did play a large role in the “Brexit” vote, but it was also a repudiation of global warming policies Brussels has imposed on the U.K.

“The decision by the British people to leave the European Union will have significant and long-term implications for energy and climate policies,” Dr. Benny Peiser, director of the Global Warming Policy Forum, told The Daily Caller News Foundation.

Conservative pollster Lord Michael Ashcroft surveyed 12,369 Brits voting in Thursday’s referendum and found 69 percent of those who voted to leave the EU saw the “green movement” as a “force for ill.” “

By large majorities, voters who saw multiculturalism, feminism, the Green movement, globalisation and immigration as forces for good voted to remain in the EU; those who saw them as a force for ill voted by even larger majorities to leave,” Ashcroft wrote.

Don't ya mean the corporate "I'm gonna end up rich as hell!" mandates based on Frankenscience?

Proverbs tells us that the poor man tills his soil and has enough until Big Guv takes it away.