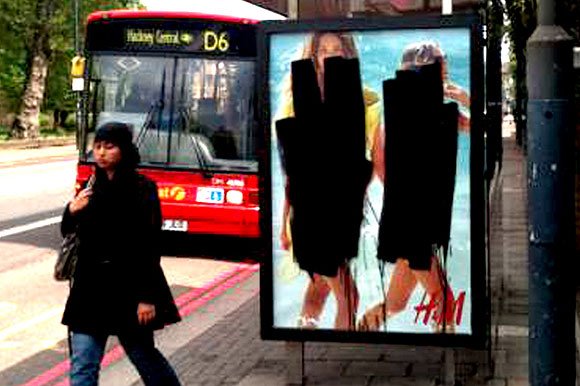 The biggest Stay support came out of London. And in London, few places were as enthusiastically pro-EU as Taliban Tower Hamlets which voted to stay by 67%.

The mood over in the Islamic outpost in London was "bleak".

In Canary Wharf, the mood at the Tower Hamlets count could only be described as bleak among Remain campaigners.

By 3am, they were hunched around a live news feed, fearing the worst.

By 4am, many had their heads in their hands at the looming nationwide win for Brexit, as Tower Hamlets’ chief executive Will Tuckley announced the local result of a 67.5 per cent win for Remain.

By the way, here is what Tower Hanlets looks like.

Islamic extremists in Britain are ordering women to cover up and issuing threats to gays as they seek to impose Taliban-style sharia law.

Police are investigating a series of religiously motivated incidents, including the case of an Asian shop assistant who claims to have received death threats for refusing to wear a veil even though she is not a practising Muslim.

The pharmacy where she works has been told it will be boycotted unless she is forced to dress more modestly or sacked.

Zealots have also daubed black paint on posters for the H&M fashion chain, which feature women in bikinis.

The extremists appear to have taken the law into their own hands in Tower Hamlets, east London, one of the poorest areas of Britain, where native white people are in a minority.

Those familiar with life in Tower Hamlets are not surprised.

They say that such attitudes are commonplace. Residents have grown used to the fact that the council-run libraries are stocked with books and DVDs containing the extremist rantings of banned Islamist preachers.

There is a Muslim faith school where girls as young as 11 have to wear face-covering veils.

There are plans to spend hundreds of thousands of pounds of municipal money to build a set of Islamic arches — the so-called ‘hijab gates’, which would look like a veil — at either end of Brick Lane, which is packed with Indian restaurants and clothes shops.

And there have been allegations of corruption during council elections, with the names of hundreds of Bangladeshi ‘ghost voters’ suddenly appearing on the electoral register.

In October, Bangladeshi-born Lutfur Rahman became the first directly elected mayor of Tower Hamlets. He originally stood as the Labour candidate but was deselected by the party amid allegations about his links with an organisation known as the Islamic Forum of Europe (IFE).

The fundamentalist group believes in jihad and Islamic sharia law, and wants to turn Britain and other European countries into Islamic republics.

Last year, a Labour minister said the organisation had infiltrated the Labour Party and accused it of ‘corrupting our politics’.

This is one of the things that British voters were coming out against.

And in Calais, France, this muslim wearing a Palestinian scarf, and others, feels that its bad that the UK left the EU:

I will believe Brexit when I see it. The Empire will strike back. Hard.

Expect to see the Globalists engineer a load of serious misery and hurt on the UK in the immediate future all blamed on Brexit.

There will be a second vote. And this time the result will be rigged in advance.

In 1992 I said that the European Union would fail and the only question was how much it would come to resemble the Soviet Union before it collapsed. We will see.