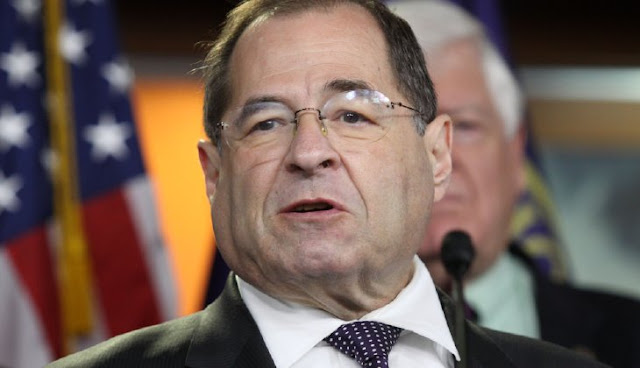 
A House Democrat said Wednesday that it "really bothers me" when people claim the U.S. Constitution was designed to limit the federal government's power.

At a Wednesday House Judiciary Committee hearing focusing on whether Congress should consider impeaching IRS Commissioner John Koskinen, Rep. Jerrold Nadler, D-N.Y., said the founding document of the U.S. was designed for the "opposite" purpose.

Koskinen is being accused of making misleading statements and failing to produce essential evidence for the committee's investigation into the targeting of politically conservative groups by the Internal Revenue Service.

He said that after former assistant U.S. attorney and self described conservative constitutionalist Andrew McCarthy argued during his testimony that the "principal purpose of the Constitution is to limit the power of government to intrude on the liberties and suppress the rights of the American people."

Nadler said he wanted to make that "historical correction" because he hears people saying the contrary and "it really bothers me."

Don't anticipat reading any forcasts on BREXIT results early on ....it's against the law.
BizInsider: You could easily break the law while voting in the EU referendum today - here's how to avoid it

I decided this jerk really pissed me off.

The only way his argument can possibly be not a lie is if he is comparing the Constitution to the Articles of Confederation.

The articles were SO WEAK an organizing document they allowed SEPARATE monies.

Jefferson and Madison OVERCAME the centralization FEARS of ALL the founders with the Bill of Rights which absolutely limited central govt power and was designed to do so from scratch. Without the Bill of Rights the Constitution would never have been ratified.The Bill of Rights also does something else. It protects individual rights from the majority will.

The Constitution also limits the power of the executive, as we just saw with SCOTUS today.