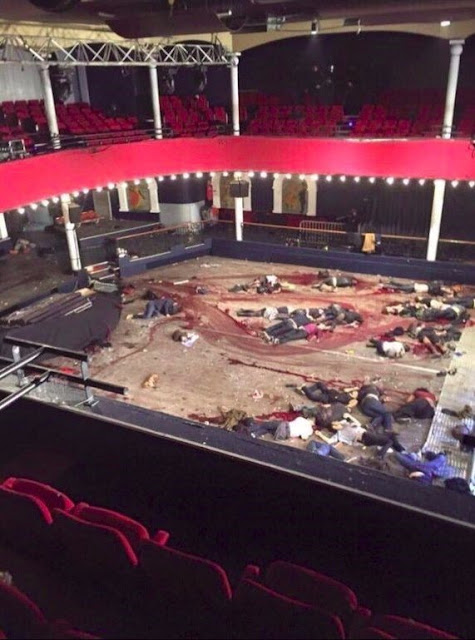 
One of the guns used in the November 13, 2015 Paris terrorist attacks came from Phoenix, Arizona where the Obama administration allowed criminals to buy thousands of weapons illegally in a deadly and futile “gun-walking” operation known as “Fast and Furious.”

A Report of Investigation (ROI) filed by a case agent in the Bureau of Alcohol, Tobacco Firearms and Explosives (ATF) tracked the gun used in the Paris attacks to a Phoenix gun owner who sold it illegally, “off book,” Judicial Watch’s law enforcement sources confirm.

Federal agents tracing the firearm also found the Phoenix gun owner to be in possession of an unregistered fully automatic weapon, according to law enforcement officials with firsthand knowledge of the investigation.

The investigative follow up of the Paris weapon consisted of tracking a paper trail using a 4473 form, which documents a gun’s ownership history by, among other things, using serial numbers.

The Phoenix gun owner that the weapon was traced back to was found to have at least two federal firearms violations—for selling one weapon illegally and possessing an unregistered automatic—but no enforcement or prosecutorial action was taken against the individual.

Instead, ATF leaders went out of their way to keep the information under the radar and ensure that the gun owner’s identity was “kept quiet,” according to law enforcement sources involved with the case.

“Agents were told, in the process of taking the fully auto, not to anger the seller to prevent him from going public,” a veteran law enforcement official told Judicial Watch.

It’s not clear if the agency, which is responsible for cracking down on the illegal use and trafficking of firearms, did this because the individual was involved in the Fast and Furious gun-running scheme.

An ATF spokesman, Corey Ray, at the agency’s Washington D.C. headquarters told Judicial Watch that “no firearms used in the Paris attacks have been traced” by the agency. When asked about the ROI report linking the weapon used in Paris to Phoenix, Ray said “I’m not familiar with the report you’re referencing.”

There is apparently no end to the Obama administration's corruption!

Simultaneously, "Breitbart: The House Benghazi report makes it completely clear that no one peddling the “spontaneous video protest” theory of the attack ever believed it, not for a single hour.
It was a piece of deliberate disinformation concocted in Washington..."

Anyone else recall thinking how ODD the POTUS' denial to the UN sounded back in 2012?...
ff 0:48 @ Youtube clip of Obama addressing the UN General Assembly 9/25/2012
===>"Now I have made it clear that the United States government had nothing to do with this video"<===
*****
Hillary provided the same ODD denial on 9/14/2012 :
Youtube clip, ff:0:17
===>"We've seen rage and violence directed at American embassies over an awful internet video THAT WE HAD NOTHING TO DO WITH..."<===
*****
Walid Shoebat also provided some additional curious details about the film-maker, Sam Bacile (aka Nakoula Basseley Nakoula)
- in an Arabic radio interview Nakoula was fixated on defending the Feds.
===>“Why do you defend the U.S. government continually?” The interviewer asked. “The U.S. has no link to this movie whatsoever,” Nakoula responded.<===
It was all part of the deal he made to cooperate with the Feds who arrested Nakoula on 9/27/2012 & ordered him to jail without bail....subsequently sentenced him to a year in federal prison and four years of supervised release.
(how convenient to coincide with the change of presidential administration)...but he's now reportedly residing in an LA homeless shelter & working PT @ pizza parlor. (wiki)
*****
Adding salt to the wound of dead Americans in Benghazi...Obama apologized to the Islamists after the attack on the embassy.