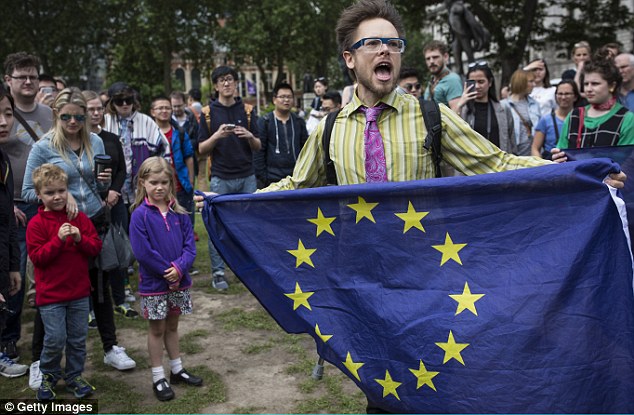 Vote Leave beat Remain by less than 4 per cent margin and by 1.27m votes

But heat map shows most signatures come from people living in north London, Oxford, Cambridge and other areas with high student populations

Nothing to do with this subject, but I just saw this piece in Religion of Peace, which got me sick. The article is not clear, or I did not get it, as to who killed the animals. It claims it's an American company, which apparently did not pay its workers for two months. The dogs appear to having been killed by the workers, who I would assume are Arabs, and not precisely dog lovers.

Is there any way to obtain further clarification?

The usual cast of freaks and freeloaders. But, to the detriment and embarrassment of the West, they have been enfranchised and empowered to vote us to our doom.

What do we want? Free Shit!
When do we want it? NOW!