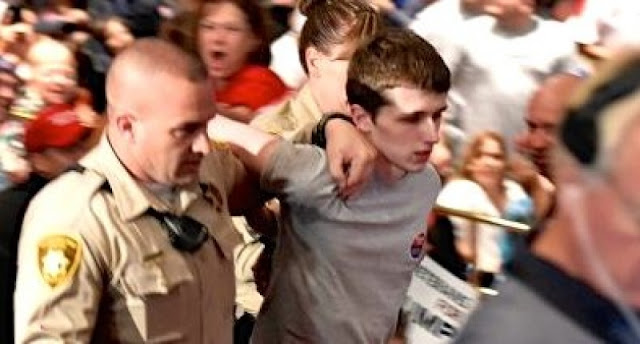 
Recent information has come to light stemming from a recent Fox News Story and interview with James Wesley Howell, that links Omar Mateen, James Wesley Howell and Michael Sandford as members of a large U.S. terror organization that targets emotionally troubled young men and women to commit terrorist acts in the U.S.

Preceding the police shooting of Mateen in Orlando Florida and the arrest of Howell in Santa Monica prior to his participation in a planned attack on the Gay Pride Parade in Hollywood California, Get off the BS learned and reported that both Mateen and Howell had been recruited though an online social media course dubbed, “Fundamental Islamic Knowledge Seminary” course.

Previously suggested here at ibloga:
InfidelBloggersAlliance: Howell and Four Other Suspects Involved in Planned Sunday Massacres Was the guy who was arrested on his way to a Gay Pride event in Santa Monica in on the plot with Omar Mateen in Orlando, Florida?

Jim Stone; Freelance Journalist: Santa Monica bomber to police: The CIA killed Mateen, and they will kill me!

OrlandoSentinel: Orlando police chief gave crime data presentation at White House in April the Orlando Police Chief—with 17 years experience as a SWAT team commander before being appointed Chief, and whi had the SWAT team hanging around outside the nightclub for 3 hours while people inside bled out, had coincidentally visited the White House a few weeks before. To give a generic presentation on crime.

Nothing surprises me anymore. Nothing!

the Orlando 911 emergency call has been scrubbed from the record...FBI seized the call and told St. Lucie county sheriff not to talk about it Judge Napolitano citing official FBI report "Nobody died until 05:13 in the morning when the SWAT team entered"

UKDailyMail: Quote: "She saw the group for the last time on the night of June 4, Crystal says. That night, the man she believes was Mateen made a strange statement to her.
She says: 'Someone in the group called me over with the roses. I knew they weren't going to buy but they always talked politics. About Trump and stuff like that. One of them asks me how I feel about the transgender bathroom controversy.

'So I said, "Doesn't matter to me where they pee, but I know God won't let them [transgendered people] into heaven".

'So they all started laughing like it was the funniest thing they heard all night.

'But the guy on the TV who's the shooter, and I recognized his glasses, says to me: "Do you realize that comment just saved your life?"

'I must've looked startled because the woman who was with him grabbed my arm and told me he didn't mean anything by it. She even talked him into buying a red rose. He gave me $5 and I left.'