BREXIT: The Most Important Development Out of Europe Since The Fall of the Berlin Wall 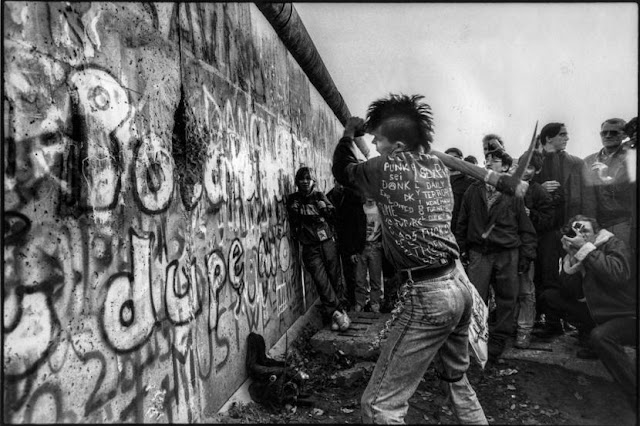 Until this moment, "the progress of history" was depicted as moving ever-forward toward transnational global government.

Now we realize -- hang on just a darn minute, why is this terrible thing inevitably depicted as humanity's final state of perfection?

This is a waking-up of ultra-epic proportions. It could be even more important than the death of the Warsaw pact and the Soviet Union.

1989 saw the end of "self-defined overt communism."

Germany and France are actively pushing for an EU army. Nations would no longer have authority over their borders or their banks, nor would stye be permitted their own standing armies. Wow, did the UK dodge a bullet. Fourth Reich?

RTVideo: "Leaked document" reveals Germany and France to replace Brussels in charge of EU Sets up a European Superstate which will deal with migrant crisis offering NO UNILATERAL Option to refuse migrants. This system will force countries like Poland, Czech republic, Slovakia and Hungary to accept whatever number of migrants this superstate tell them to take.

A very well informed friend for whom I have great respect is convinced the vote will be reversed, that those behind the NWO cannot allow GB to leave.

I disagree. Your thoughts?

Never underestimate the slimeness of the left.

I wouldn't say I am well-informed, but I don't think we're actually going to win our Freedom without a real fight.

I think that's unfortunate, but I think it's true.

The other night, AFTER the BREXIT vote, I wrote that I expect a wave of assassinations and violence.

I agree with another commenter, the last half of 2016 is going to be bad.

Any 'policy' or 'legality' maneuver of ANY KIND to void the vote will discredit ENTIRELY the idea of a SELF GOVERNMENT.

How many civil wars has Britain had over the right to rule?


But no struggle in that past would equal the civil ferocity in the answer to an elite plutocracy of banks, businesses, and politicians, and CERTAIN academic institutions citing their superior expertise in order to void the results of the people's free decision.