Ahmed Mohamed is coming back to Texas, so he’ll have to set his clock back 8 hours 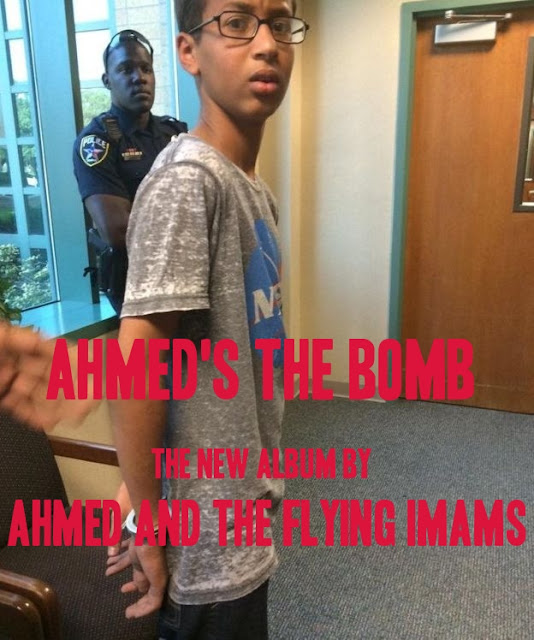 Ahmed Mohamed is coming back to Texas, so he’ll have to set his clock back 8 hours

I see in the linked article that the family is still planning to sue the Irving School District.

Even worse for the rest of us: Clock Boy will be taking publicity victory laps with various tech companies that launched him to fame after he brought to school a clock that looked very much like a bomb.

Wanna take bets as to whether or not Obama will invite Clock Boy to visit the White House again?

Wonder what training (electronic expertise) he received while self-exiled to the ME? One must suppose he will unveil his next trick(s) during this encore "American jihad" realityTV tour

Recall Clockmed's dad also had political aspirations and traveled freely....
Clockmed visited the "Butcher of Darfur"
http://tinyurl.com/zvkemxa
Quote: "...the elder Mr. Mohamed [clockmed's dad] — who from his home in Dallas, Texas has launched two unsuccessful presidential bids against Bashir — did not think it in any way unseemly to have his family pal around with a mass murderer.
Nina Shea wrote: "Sudan’s President Omar al-Bashir should hang in the halls of infamy somewhere between Hitler and Pol Pot."

The American "No fly" list exists for what reason?

Foreign political aspirations are enabled by Obama's allowance to skip the Oath of Allegiance ...how convenient?!

FWIW...LATimes: 858 Killed: Not a day in April passed without a terror attack