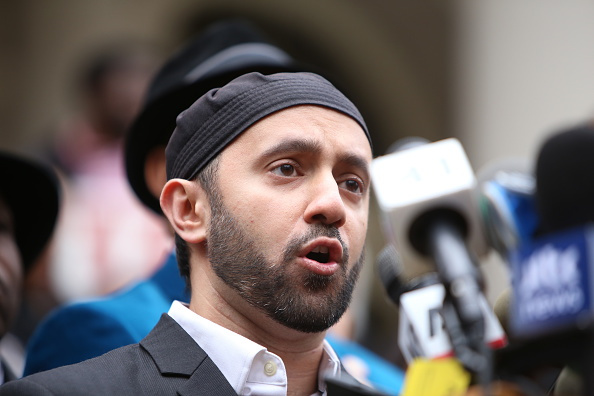 An Islamic center in New York has determined that in 2012, Omar Mateen traveled to Saudi Arabia during a trip which was organized by the Islamic Center at New York University. There was approximately 80 people who went on the trip with Mateen for an annual pilgrimage.
New York University spokesman John Beckman told the Wall Street Journal in a statement that people from Columbia and Yale universities also attended the trip with some members of the NYPD.
NYU claims that they learned about Mateen through the Wall Street Journal, and will work with authorities and will help assist with the investigation.
California’s Congressman Adam Schiff, top Democrat on the House Intelligence Committee, is demanding answers to the mass shooting. Schiff wants to know who sponsored Mateen’s trips to Saudi Arabia in which one visit Mateen stayed in a four star hotel, according to BREITBART News.
Republican Sen. Ron Johnson of Wisconsin wants to learn more about Omar Mateen’s job. Johnson also wants to know more about the security company that employed Mateen. He is also interested in what responsibilities Mateen had with the company that he worked for, according to TUCSON News.
Imam Khalid Latif, executive director of the NYU Islamic center and an NYPD chaplain, led the pilgrimage to Mecca to perform an umrah in Mecca. An umrah is considered the lesser pilgrimage compared the Hajj. Latif was appointed the first Muslim chaplain at NYU in 2005, and was selected as one of 60 NYC leaders to serve on Mayor Bill De Blasio’s Transition Team.
“Based on his blatant extremism and ties to a convicted Orlando imam known for facilitating international jihadists traveling, the strong likelihood is that these trips were not benign,” said Ryan Mauro, national security analyst for Clarion Project, a New York-based research institute that tracks global terrorism, according to FOX News.
Posted by Pastorius at 6:17:00 pm

Ashe — who was facing trial for tax fraud — died Wednesday afternoon in his house in Westchester County. The UN said he’d had a heart attack. But the local Dobbs Ferry police said Thursday that his throat had been crushed, presumably by a barbell he dropped while pumping iron.

Ashe was due in court Monday with his Chinese businessman co-defendant Ng Lap Seng, who is charged with smuggling $4.5 million into the US since 2013 and lying that it was to buy art and casino chips.

Ng was identified in a 1998 Senate report as the source of hundreds of thousands of dollars illegally funneled through an Arkansas restaurant owner, Charlie Trie, to the Democratic National Committee during the Clinton administration. (Ng was not charged with any crime.)

Ng and Trie had visited the White House several times for Democratic fundraising events and were photographed with then-President Bill Clinton and first lady Hillary Clinton.

One source told me, “During the trial, the prosecutors would have linked Ashe to the Clinton bagman Ng. It would have been very embarrassing. His death was conveniently timed.”

Ashe’s lawyer Jeremy Schneider told me he is sure Ashe’s death was an accident. “There is not one iota of evidence that it was homicide. This is nothing at all like Vince Foster.”

Police in Dobbs Ferry village are keeping the investigation open pending an autopsy by the Westchester medical examiner.

Richard Posner, a member of the U.S. Court of Appeals for the 7th Circuit and a senior lecturer at the University of Chicago Law School, wrote, “I see absolutely no value to a judge of spending decades, years, months, weeks, [days], hours, minutes, or seconds studying the Constitution, the history of its enactment, its amendments, and its implementation.”