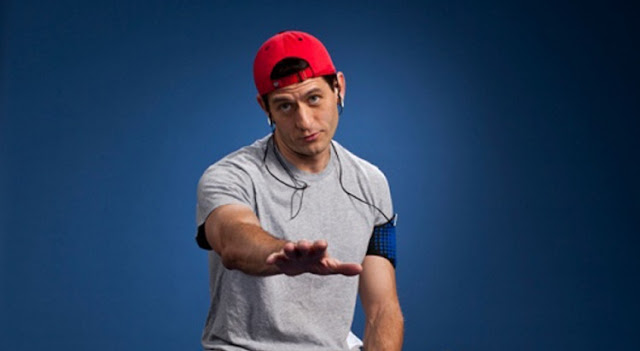 All of the sudden, he's attempting to suck up to the reasonable crowd.

HE LEFT US MONTHS BACK.

Lou Dobbs: Paul Ryan Is a Tool for the Democrats

The Justice Department replaced references to ‘Allah’ with ‘God’ in an edited transcript of the 911 call Orlando jihadi Omar Mateen made during the Pulse night club attack.

During the call, Omar Mateen made an Islamic prayer in which he said:

“
Praise be to Allah, and prayers as well as peace be upon the prophet of Allah [in Arabic]. I let you know, I’m in Orlando and I did the shootings.

“
Praise be to God, and prayers as well as peace be upon the prophet of God [in Arabic]. I let you know, I’m in Orlando and I did the shootings.

It’s obvious the Obama administration is doing everything it can to downplay the Islamic connection to the attack, all while demonizing Christians and gun owners."

I just realized a nasty coincidence...
Operation Badr – Beware the 17th of Ramadan – June 23, 2016 via VladTepesblog.com coincides with the BREXIT vote on Thursday.

If ever there was a date to be remembered and commemorated in Islam, it’s the 17th of Ramadan. This year it falls on Thursday, June 23rd, beginning Wednesday evening at sundown.

This date holds great military and spiritual significance within Islam, as it was on this day that the greatest and most significant battle in Islamic history took place: the Battle and Victory of Badr in 624 AD (about 150 miles south of Medina), in which 313 Muslims defeated 1,000 non-Muslims from the Koresh tribe of Mecca who just wanted to return home safely from Syria with their trade caravans.

This battle marked the first significant military victory for Islam, which solidified Mohammed’s position as ruler of the first Islamic State in Medina.

It was a spiritual victory as well. The Koran (8:11-18) discusses how Allah sent blessings to guide and purify his Muslim warriors in preparation for battle. However, Allah also sent thousands of angels to help his warriors win by making their hearts more firm to Allah’s command to kill unbelievers, and by removing all uncertainty and fear within them. It was also the time when Mohammed mandated the killing of captives in battle.

Dates are significant for jihadists. The 17th of Ramadan is a date that Westerners should become familiar with, and take heed. Jihadists are ramping up attacks against the West during the Islamic military month of Ramadan, especially now that the caliphate has been re-established.

The 17th of Ramadan is a date jihadists hold very close to the heart, a date they memorialize….and wouldn’t think twice about reliving it in order to inflict more horrific carnage upon unbelievers.
******
1. The 1973 Arab-Israeli War (the Yom Kippur War referred to by Jews, and the Ramadan War referred to by Muslim Arabs) began on the 17th 9th of Ramadan. This was an error on my part (9th, not 17th).

However, last year, Islamic terror attacks were actually being plotted for the 17th of Ramadan, coinciding with July 4th (U.S. Independence Day), and they were thwarted. See links here.

The Egyptians code-named their surprise attack on Israel as “Operation Badr” occurring on the holiest day in Judaism, Yom Kippur.

==>Given the coincidence that this important milestone, the BREXIT referendum, coincides with ramadan, I certainly pray that sanity prevails and genuine national security enforced so that the integrity of the BREXIT vote is secured.<==

Officials Reveal America’s National Security is “Controlled” by the Jihadists


Two former U.S. government officials made explosive revelations on national radio this past Friday including the charge the U.S. government is a “tool” for the jihadi movement here, and that the driving force behind America’s domestic counter-terrorism strategies and our foreign policy is the Muslim Brotherhood (MB).

"I just came from a meeting today in the Situation Room in which I got people who we know have been on ISIL Web sites, living here in the United States, U.S. citizens, and we’re allowed to put them on the no-fly list when it comes to airlines, but because of the National Rifle Association, I cannot prohibit those people from buying a gun.

This is somebody who is a known ISIL sympathizer. And if he wants to walk in to a gun store or a gun show right now and buy as much — as many weapons and ammo as he can, nothing’s prohibiting him from doing that, even though the FBI knows who that person is.”
The media did not attempt to inquire who specifically Obama was talking about and what was done or is being done about the ‘ISIL sympathizer’ (and others) who is deemed enough of a threat to be brought to the attention of the president of the United States by his national security team in a briefing in the ultra-secure White House Situation Room.