Did Erdogan Stage His Own Coup? Erdogan Seems to Be The Only Turkish "Refugee" the Germans Won't Take 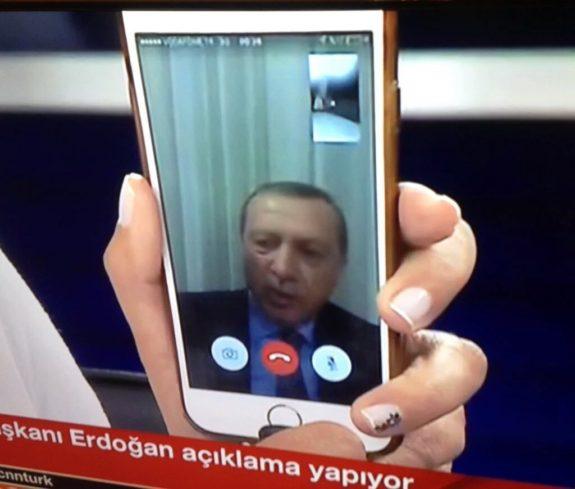 
After watching the news and assessing how things panned out: This may have been a staged coup by Erdogan himself.

2) They got control of communications, released statement via state TV and then without anyone fighting them for a while they lost control and went black. Makes no sense. The only sources releasing statements were pro Erdogan.

3) Erdogan was always out of harm's way. He was on vacation when the coup started. His hotel was bombed AFTER he left. Sure, "my house magically caught on fire a minute AFTER I insured it against fire damage."

4) Istanbul was overtaken by a handful of soldiers when that is the biggest city in Turkey.

5) Intelligence agency of Turkey seems to have been in full control of the communications from the start. They slowly released sound bites to guide the situation.

6) Erdogan lands in Istanbul, holds a press conference and then goes out and speaks to people using a megaphone. No hint of worry, no hint of beefed up security. Its as if he was holding a planned rally. etc

The only person who gains anything from it is Erdogan. Now he can use this to gain authoritarian powers in Turkey and establish Shariah once and for all and clean military of any and all secular folks (he already replaced the high command).

Still early and I could be wrong but I fear I am not and I fear Turkey is a completely lost cause.

MILITARY LOSES CONTROL
Posted by Pastorius at 3:44:00 am

Well if I am correct, this was beautifully played by Erdogan. Hats off to this POS. I did not see that when it started.

We're going to see the Chavez of Turkey get even more powerful. Now the only people who were there to guarantee a return to Ataturk's secularism are going to be vilified by the public and politicians making it extremely easy to replace them with religious Muslims like he's already done with high command.

My initial conditioned response was that the people of Venezuela deserve better, more capitalist leadership. That they dont deserve to have empty store shelves.

When in reality, they do. They wholeheartedly led themselves down the path to socialist starvation. They loved that little anti-American prick.

The last thing I really want to do is help relieve their suffering.

Similar situation with the Turks. They, the clear majority, love their little dictatorial Islamist prick Leader. They stood in line to vote for their restricted freedoms.

In both cases the majority of the electorates have a deeply instilled jealousy fuel hatred for America, and in particular Americans like me.

We need to get past our media instilled notions that our role in global affairs should be to work for the improvement of mankind. The majority of them wouldn't piss on us if we were on fire. They dream of our demise. Not necessarily the governments ..... The Turkish military was one of our best allies in Korea ..... put the people outside the anglosphere would love to see us reduced to their current level of prosperity and influence.

Why would we not wish continued misery and stagnation on them?

If the Turks want to live under a pseudo-theocratic authoritarian regime ..... more power to them. Lets just arm the Kurds and enjoy our freedom and prosperity while it lasts.

Ironic that Erdo on CNNTURK which he tried to outlaw, is saving himself?

As for Turks and Venezuelans?

They MADE their choices every bit as much as the people of Gaza.

Not much else to it

RT: Movement in and out of the Incirlik airbase in southern Turkey has been closed by local military authorities, according to the US consulate. The NATO base stores US tactical nuclear weapons. SNIP

According to CNN, airspace over the area has also been closed and power to the facility has been cut.

The closure of the airspace has reportedly led to a halt in US air strikes against Islamic State (IS, formerly ISIS/ISIL). CNN was told by sources that the Turkish authorities did make an exception for US aircraft that had already been deployed on missions before the airspace was shut and allowed them to land at the base.

*****
UKExpress: Turkey threatens WAR with America over cleric blamed for masterminding failed coup
He said: “Any country that protects Fethullah Gulen will be an enemy to Turkey.”

Quote===>"Erdogan called the coup a "gift from God" because it will help Turkey clean out the military from the "members of this gang." The timing of the coup was "meaningful," because the military will start meetings in the beginning of August, and those who staged the coup were afraid of the decisions that would be made at those meetings, Erdogan said.
This is not old Turkey," he said. "This is new Turkey."<===
via ABCNews --- coincidentally, earlier reports today revealed Erdogan sacks 2700 judges. It would take some time to review the loyalty of 2700 judges - and then to compile such a list to act upon within hours of the coup - suggesting Erdogan's response thus far appears pre-planned and makes the theory of his involvement in this "coup" quite plausible.

Also consider some of the images of arrests made are reminiscent of Pallywood style of media manipulations - lots of noise, little actual substance...

The uniformed captive is escorted without any visible force, nor any appearance of molestation

At the airport, armed service members do not appear threatened by the loyalists, almost appear amused by flag waving loyalist theatrics.

Compare to the Egyptian and/or Libyan uproar where opposition on all sides had visible casualties with blood soaked injuries and exhibited violent hostility in abundance. Whereas the Turk coup was won by unarmed civilians facing off tanks and military grade weaponry...Pallywood, indeed.

OT but related to Turkey coup...reports suggest ...
"Erdogan’s hotel room was bombed, but Erdogan was not in it. "


Odd there are no photos of this hotel after the alleged bombing. Here's what is reported thus far:

**********
Reuters: Turkish forces thwart coup against Erdogan after crowds rally
Erdogan, who had been holidaying on the southwest coast when the coup was launched, flew into Istanbul before dawn on Saturday and told thousands of flag-waving supporters at the airport that the government remained at the helm.
A polarising figure whose Islamist-rooted ideology lies at odds with supporters of modern Turkey's secular principles, Erdogan said the plotters had tried to attack him in the resort town of Marmaris.
"They bombed places I had departed from right after I was gone," he said. "They probably thought we were still there."

**************
Chaos Unfolds As Attempted Military Coup D'Etat Grips Turkey [UPDATING]
A BOMB DESTROYED the Marmaris hotel he was vacationing in, on the Aegean coast, just after he left, Erdogan is reported to have said from his press conference at Istanbul’s main airport.

Reuters Analysis - Turkey's bungled putsch: a strangely 20th century coup · 8h
The president said rebels TRIED TO BOMB his hotel in the southwestern resort of Marmaris. There was also a gunfight there between soldiers and pro-government police after he had left. Within 20 minutes of the coup broadcast, Prime Minister …

***********
VillageSunTimes: "He was staying at the GRAND YAZICI MARMARIS HOTEL that after midnight Saturday WAS ATTACKED WITH HEAVY WEAPONS FROM LAND AND HELICOPTERS, according to a report by the state-run Anadolu news agency.

PressTV:
0856 – Sources, speaking on condition of anonymity, say pro-coup soldiers, who TRIED TO ATTACK GRAND YAZICI MARMARIS HOTEL in the southwestern city of Muğla, have fled the area. Erdogan had left the hotel hours earlier.

WHERE ARE THE PHOTOS CONFIRMING THE GRAND YAZICI MARMARIS HOTEL WAS BOMBED &/or DESTROYED - images which would bring some credibility to the claims that Erdogan was not behind this alleged "coup".