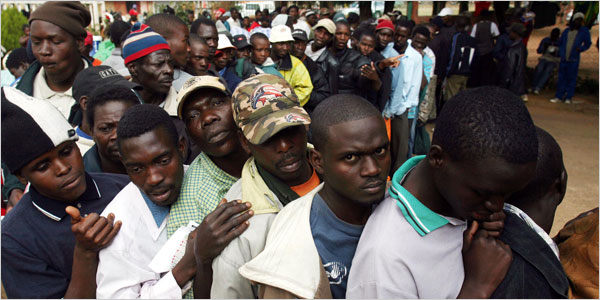 The National Immigration Institute said Tuesday that it has issued them 20-day transit visas that will allow the migrants to reach the U.S.-Mexico border, where they plan to request asylum.

Officials call it an unusual surge and say most of the migrants first went to Brazil or Ecuador to start their journey through Latin America.

Most of the Africans presented themselves voluntarily to immigration officials in the Chiapas town of Tapachula. They did not specify their nationalities.

Immigration support staff in Tijuana has been aiding migrants from the Congo, Somalia and Ghana to arrive at the U.S. port of entry at San Isidro.

Islam is the dominant religion in Somalia.

Christianity is the dominant religion in Ghana, with Muslims making up 18% of the population.

Catholicism is the dominant religion in Congo, with Muslims making up 10% of the Congolese population.
Posted by Pastorius at 4:59:00 am